Average leaf chlorophyll index expressed as SPAD value for Huanglongbing (HLB)-affected and healthy (HLY) sweet orange trees grown under fertilized (F) and nonfertilized (NF) hydroponic conditions during the course of experiment (from day 0 to 56). Before day 0 both HLB and HLY plants were grown in nutrient-deficient conditions for 6 months.

Longitudinal sections showing comparative anatomical changes in vascular bundles in feeder root of Huanglongbing (HLB)-affected and healthy (HLY) sweet orange trees at the start of experiment (day 0) and after 14 d after the addition of fertilizer (F) to hydroponic system. Before day 0 both HLB and HLY trees were grown in nutrient-deficient conditions for 6 months. Red arrow points at the difference in the vascular bundle diameter between days 0 and 14.

Gene ontology (GO) classification of upregulated and downregulated differentially expressed genes (DEGs) in Huanglongbing (HLB)-affected and healthy (HLY) sweet orange trees at day 9 since the addition of fertilizer to the hydroponic system. Before day 0 both HLB and HLY trees were grown in nutrient-deficient conditions for 6 months. Blue and orange colors represent the number of upregulated and downregulated DEGs, respectively, in roots of HLB-affected compared with healthy trees.

Phosphorus content in the hydroponic solution of Huanglongbing (HLB)-affected and healthy sweet orange trees grown in hydroponic system with fertilizer solution for 56 d. Fertilizer solution was added on day 0 of the experiment. The P content in solution indicates the amount of P uptake in the plant, higher the P content in solution, lower is the uptake by plant. Different letters over each bar indicate significant difference based on Tukey’s honestly significant difference test (α = 0.05); NS = not significantly different. 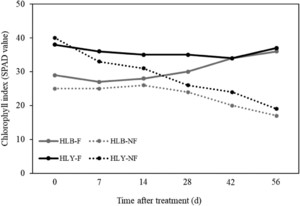 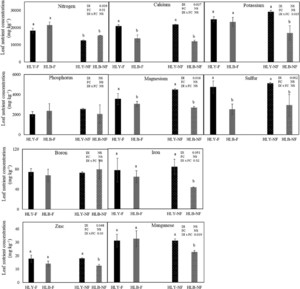 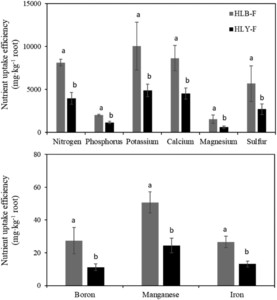 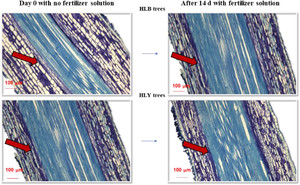 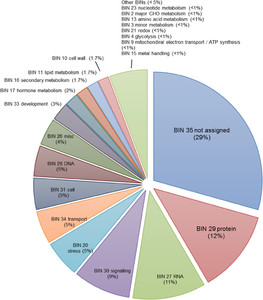 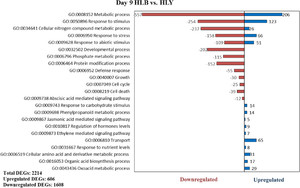 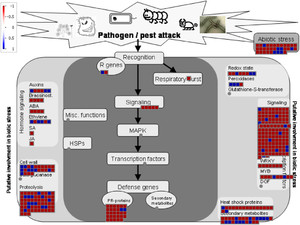 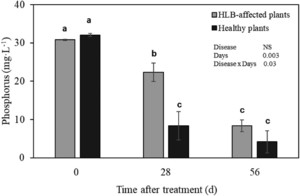 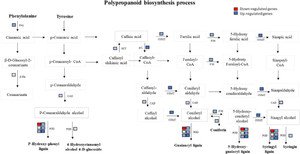