Daily minimum and maximum soil temperatures at 10 cm during Spring (A) 2012 and (B) 2013, and the 10-year average, at the Simcoe Research Station, Simcoe, ON, Canada. Temperatures from 1 Mar. to 30 Apr. are shown and intervals between tick marks represent 7 d; the remaining dates indicate when sampling occurred. 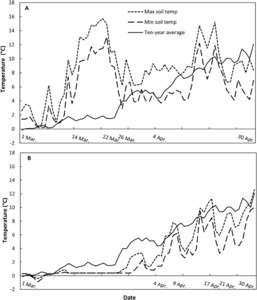 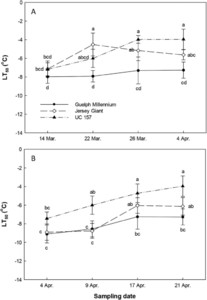 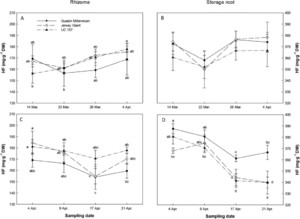 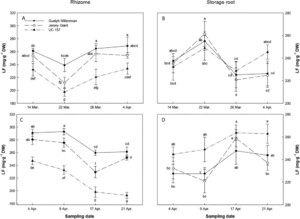 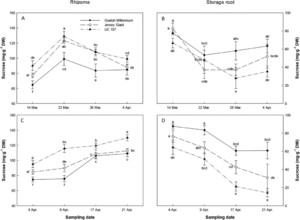 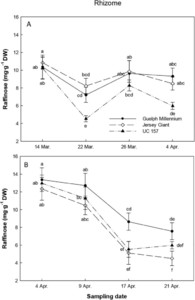 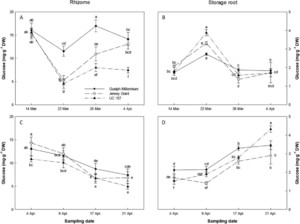 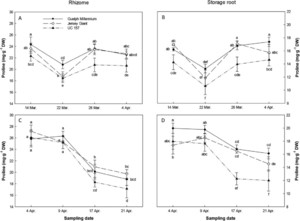 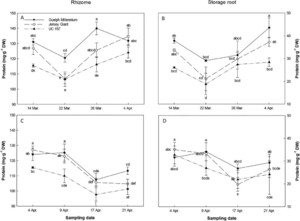