Intraspecific and interspecific crosses made in 2007–08 at the Gulf Coast Research and Education Center in Wimauma, FL, to produce six populations, COLE REF, COLE F1, COLE F2, COTI REF, COTI F1, and COTI F2, that were used in field studies in 2009 and 2010 to assess the effects of interspecific hybridization between COLE (Coreopsis leavenworthii) and COTI (C. tinctoria) on their progeny’s growth, development, and reproduction. 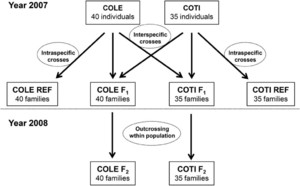 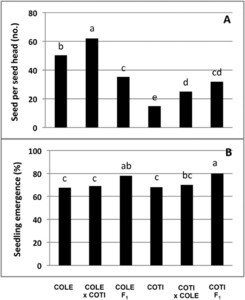 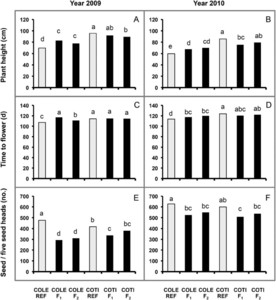 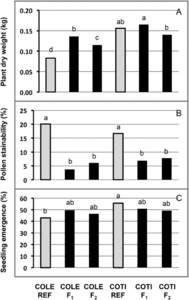