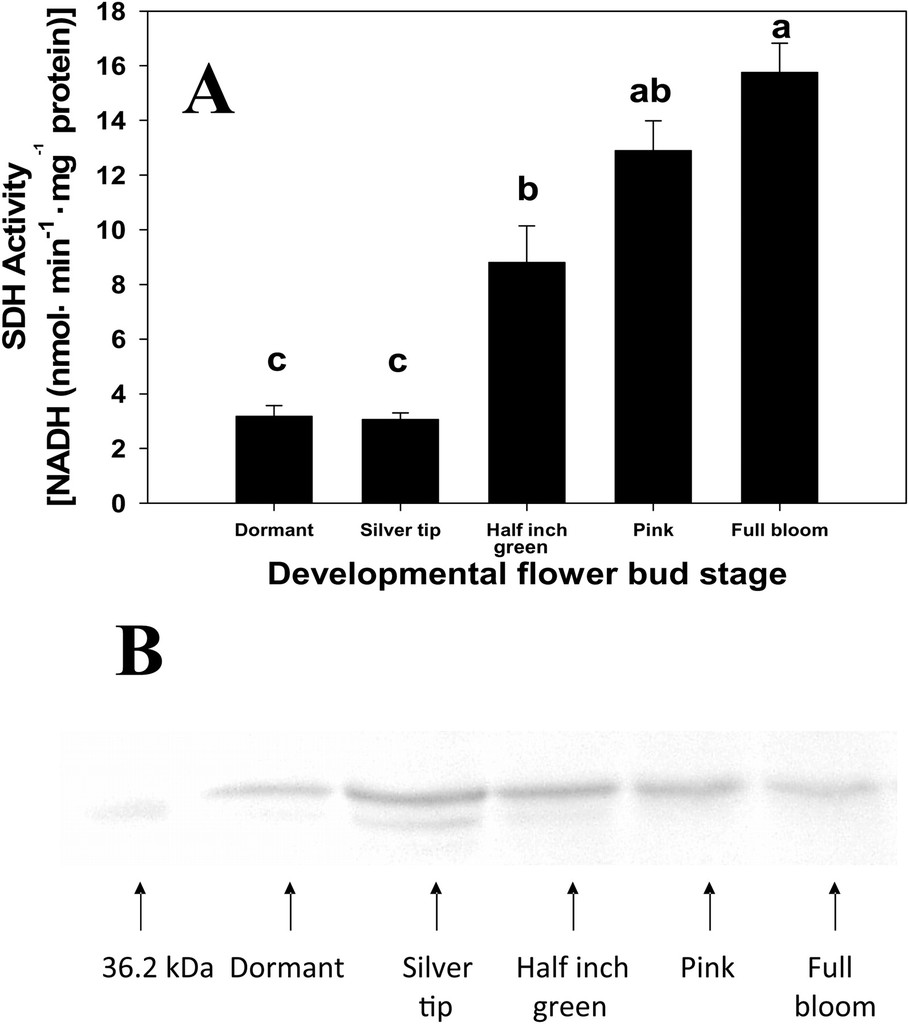 Sorbitol dehydrogenase (SDH) activity per milligram of protein (A) tissue of intact buds at the dormant and silver tip stages, of carpels and leaf initials at the half inch green stage, and of carpel tissues from the pink and full bloom stages of bud development of ‘Redchief Delicious’ apple. (B) Western blot of SDH from each stage of bud development of ‘Redchief Delicious’ apple. A 37-kDa band representing apple SDH was consistently present in all bud development stages. Mean separation by Fisher's least significant difference at P ≤ 0.05. 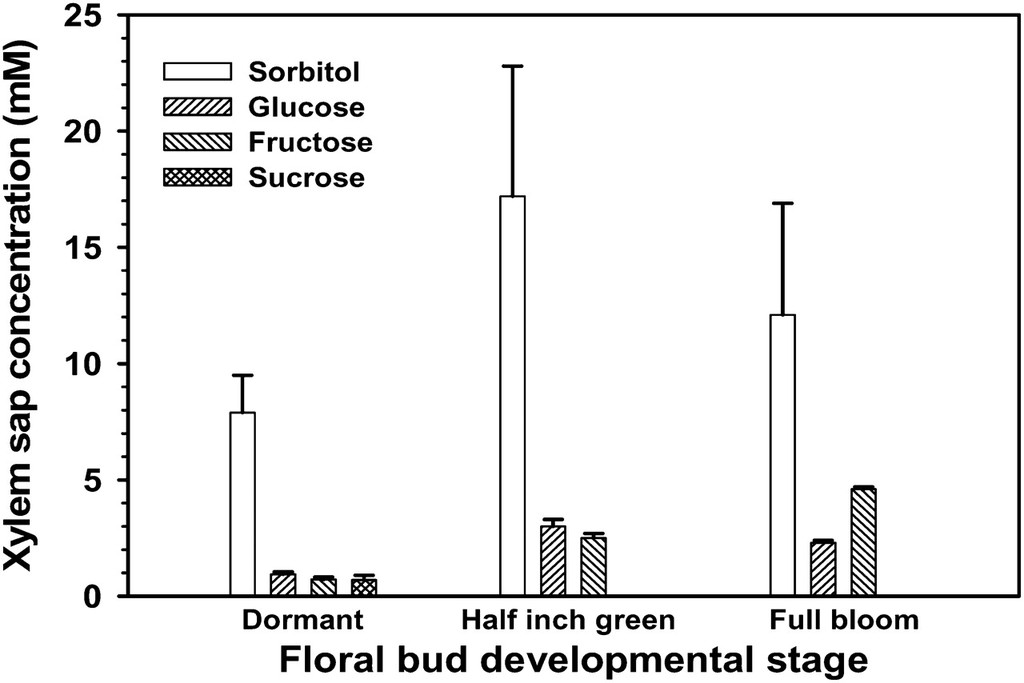 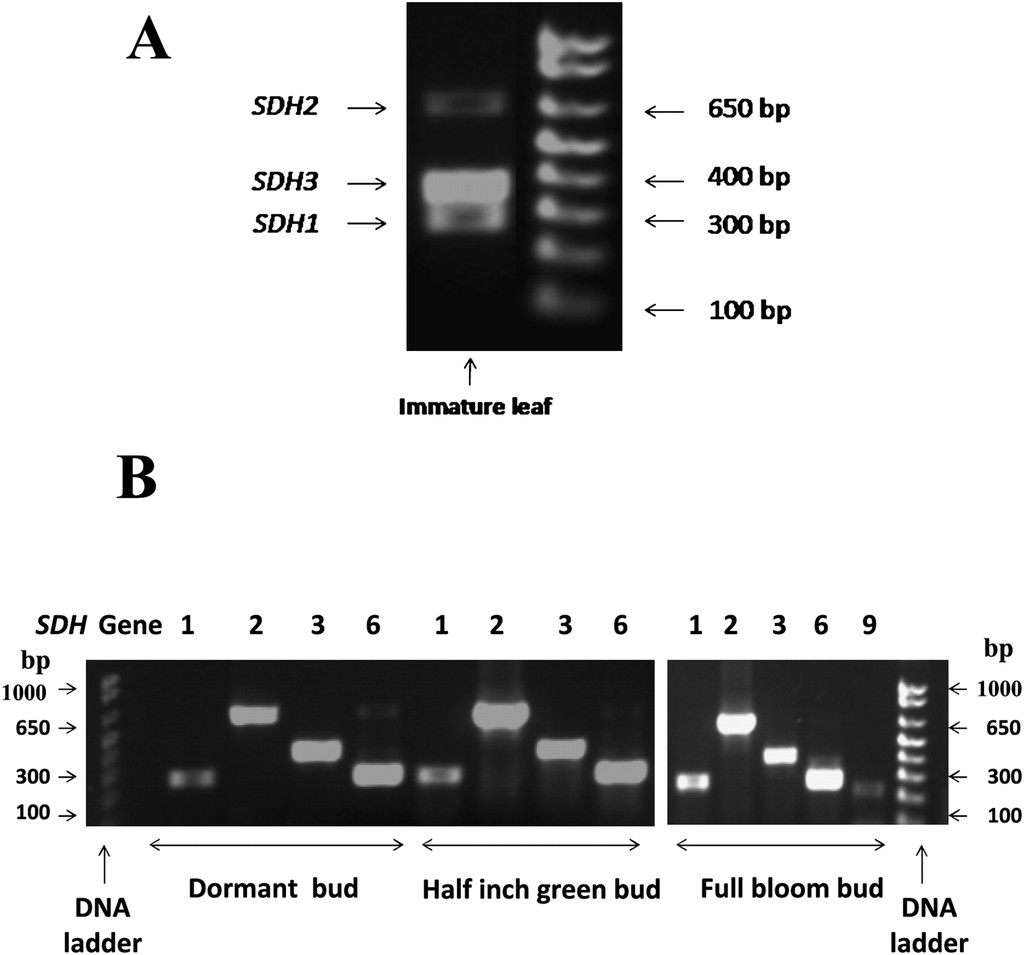 RT-PCR analyses of RNA transcripts from (A) immature leaves and (B) developing buds of apple. RT-PCR products were obtained at 40 reaction cycles using gene-specific primers. 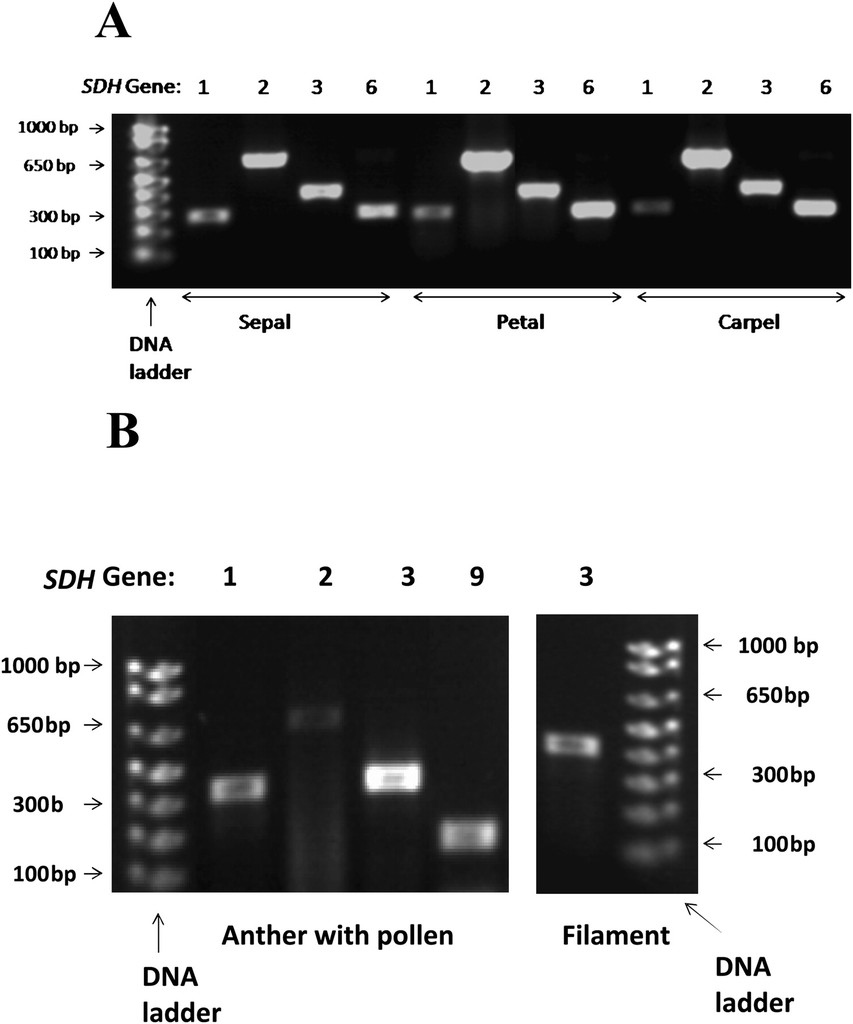 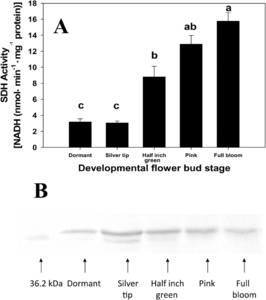 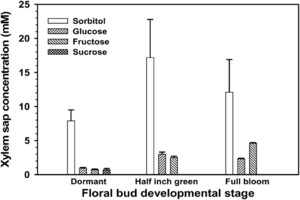 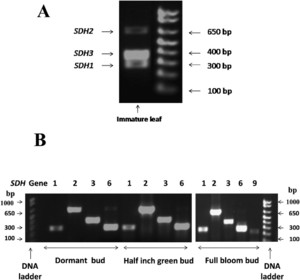 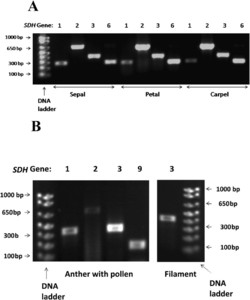