Growth, Flowering, and Powdery Mildew-related Responses of Witchhazels in Tennessee

Flowering period of witchhazel cultivars in a McMinnville, TN, cultivar trial. Asterisks (*) represent peak flowering based on flower counts from one flagged branch of three replicates per cultivar. The mean maximal number of flowers counted in 2016 for each cultivar is displayed above the asterisk. Calendar year 2017 is shaded gray for clarity. 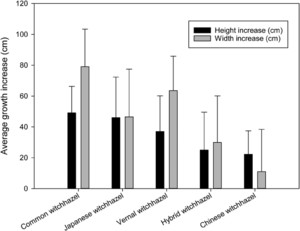 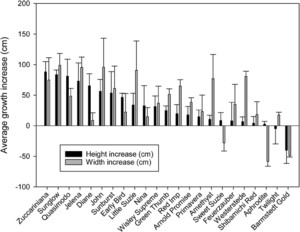 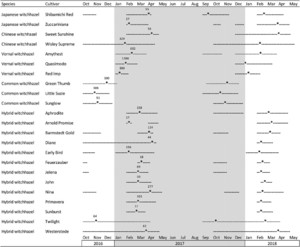