There are six extension programmatic regions for Extension Master Gardener (EMG) programs in the United States. These regions were designated in 2006 by the EMG National Committee to facilitate cooperation, communication, and collaboration among EMG programs nationwide. EMG programs exist in all states except Massachusetts, where leadership for Master Gardeners is not provided by extension.

Protocol for the 2016 national study of Extension Master Gardener (EMG) volunteers (EMGVs) and their Master Gardener coordinators used existing EMG program structure for survey distribution. Surveys 1, 2, and 3 and subsequent reminders were distributed via an existing hierarchy of state and local coordinators and EMGVs. Use of an online survey tool allowed for anonymous responses to be returned to the project investigator. 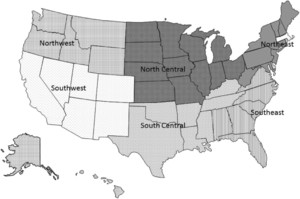 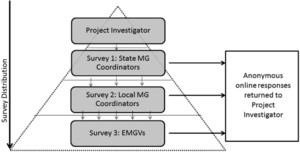 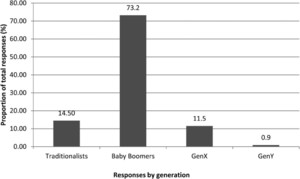 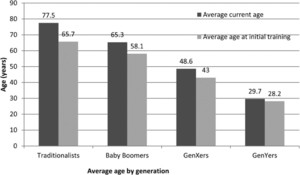