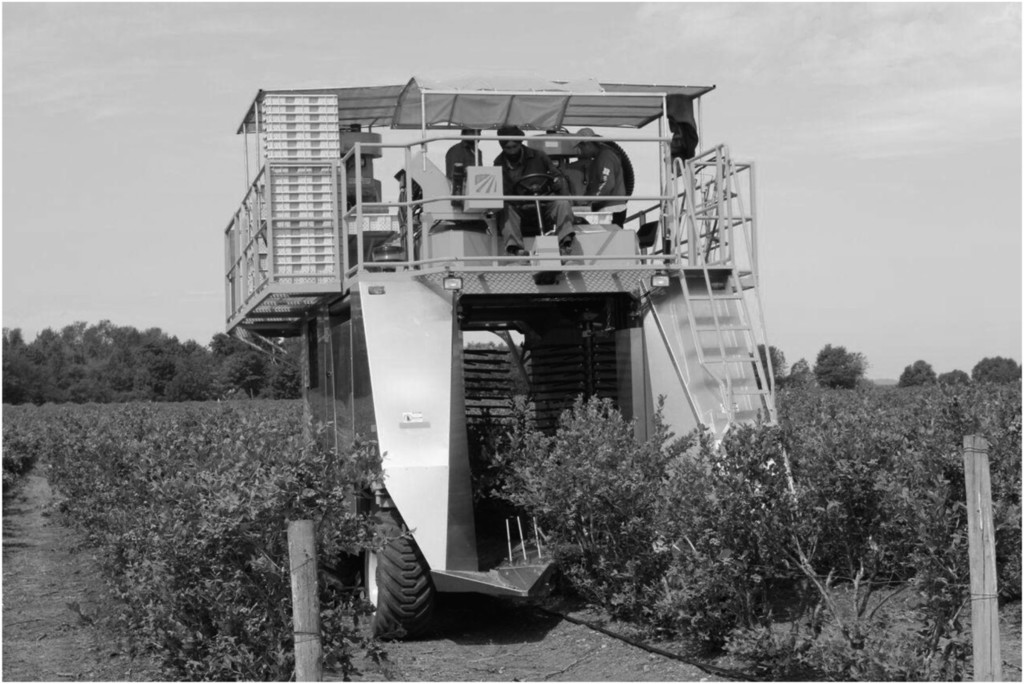 Illustration of the mechanical harvester used as reference to set up the economic model and empirical application to estimate the net revenues when mechanically and manually harvesting highbush blueberries for fresh and processing markets in Washington State as of 2014. 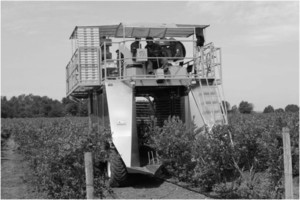