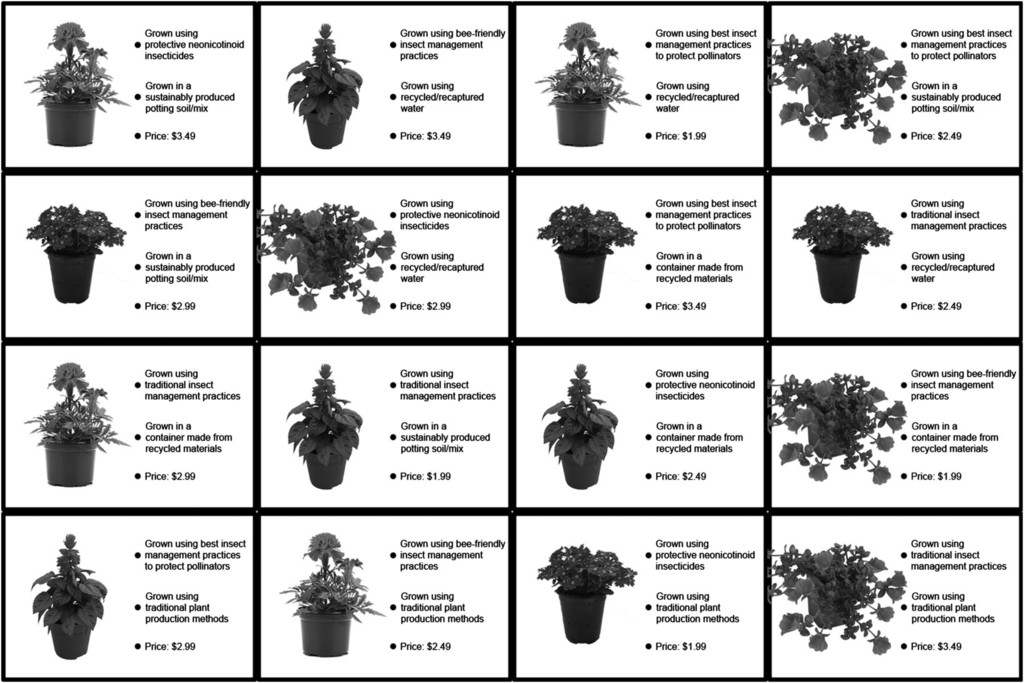 Conjoint pictures shown to respondents in order from left to right, top to bottom in an Internet survey that queried consumers (who had purchased live plants in the past 12 months) perspectives on eco-friendly ornamental plant production practices in combination with a variety of insect management practices (n = 1555). Respondents were shown each picture individually in order and asked to rate each picture on a scale of 1 (very unlikely) to 5 (very likely) in terms of how likely they would be to purchase this flowering ornamental plant in a 4-inch (10.2 cm) pot intended for use in the landscape at the given price and production method. 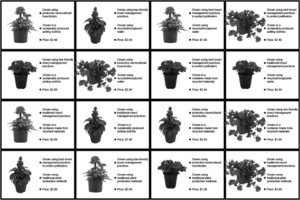