Correlation between water budget and percentage of the coverage of irrigated elements for urban landscapes in Las Cruces, NM; 1 L·m−2 = 0.0245 gal/ft2. 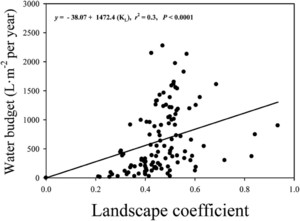 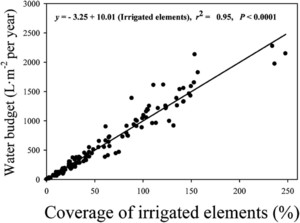