Relationship between the percentage of pumpkin fruit with fusarium fruit rot caused by Fusarium solani f. sp. cucurbitae race 1 and the percentage of soil surface covered by cover crop mulch at harvest at the Ohio Agricultural Research Development Center in Wooster, OH in 2002. 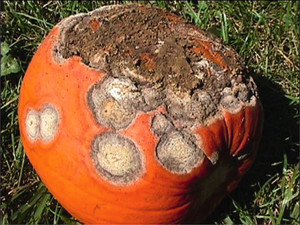 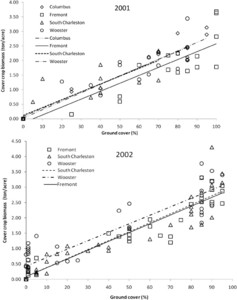 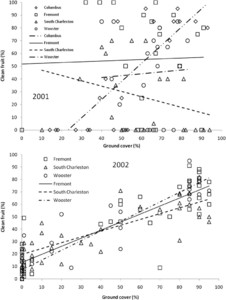 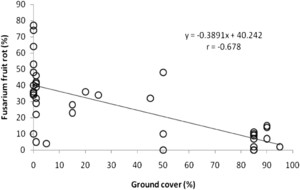