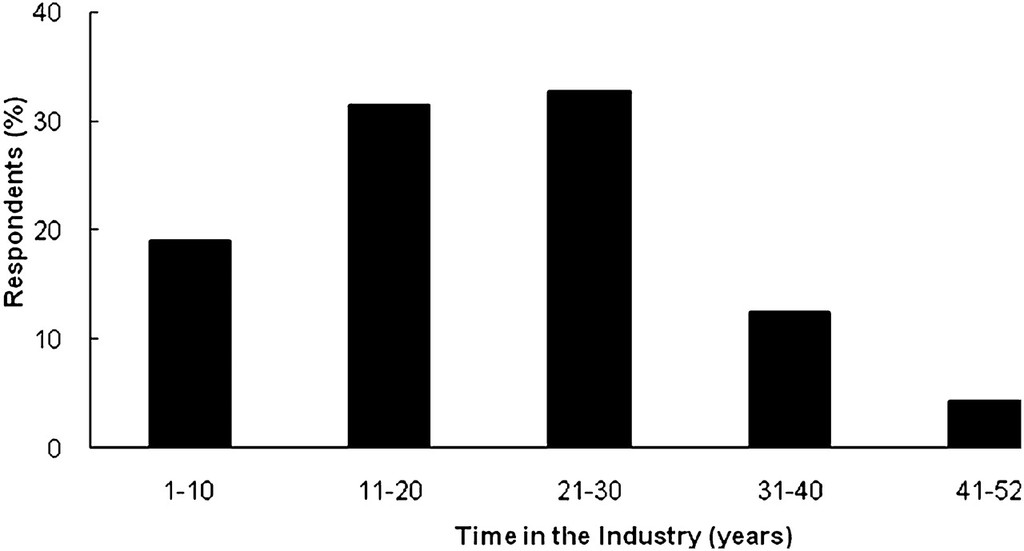 Proportion of respondents to a 2007 survey of the Utah green industry categorized by number of years in the industry (n = 232). 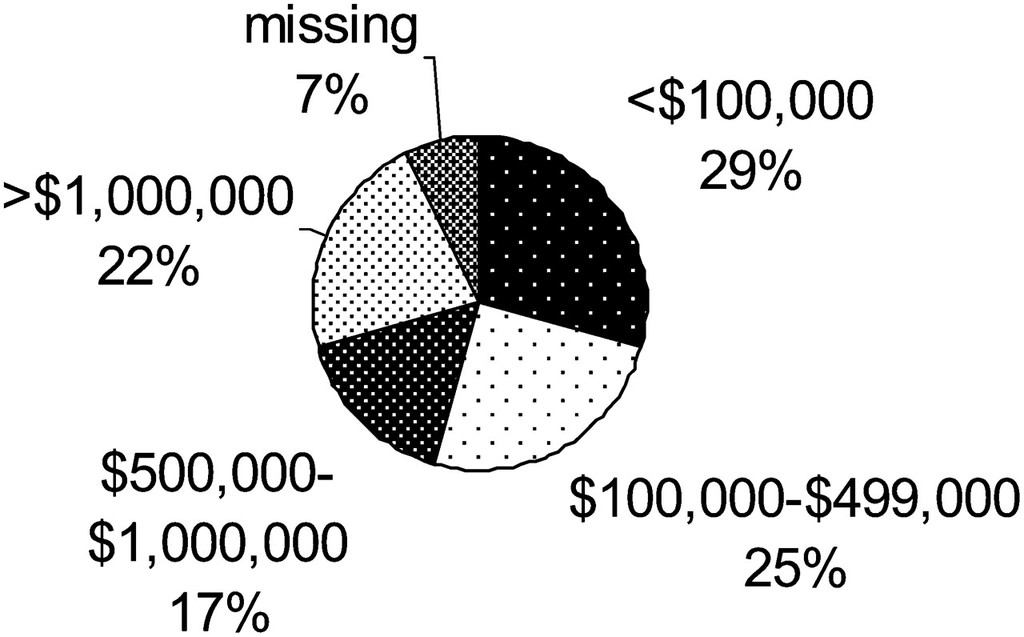 Proportion of respondents to a 2007 survey of the Utah green industry categorized by annual sales volume for 2006 (n = 151). 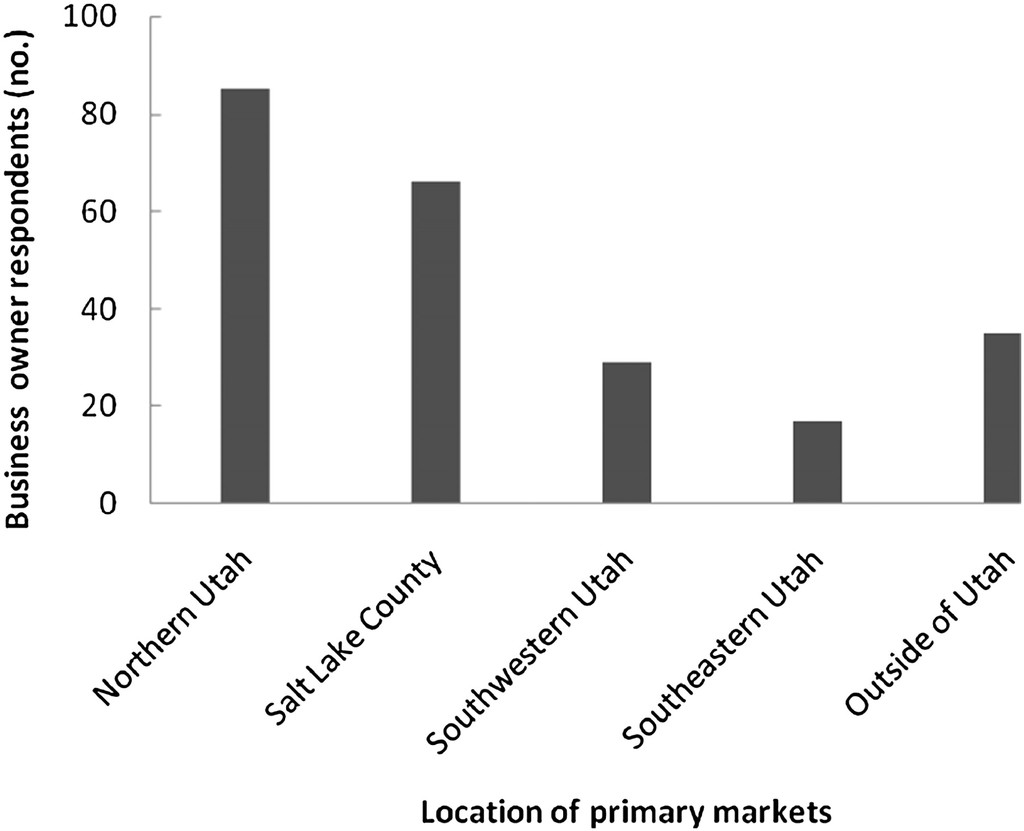 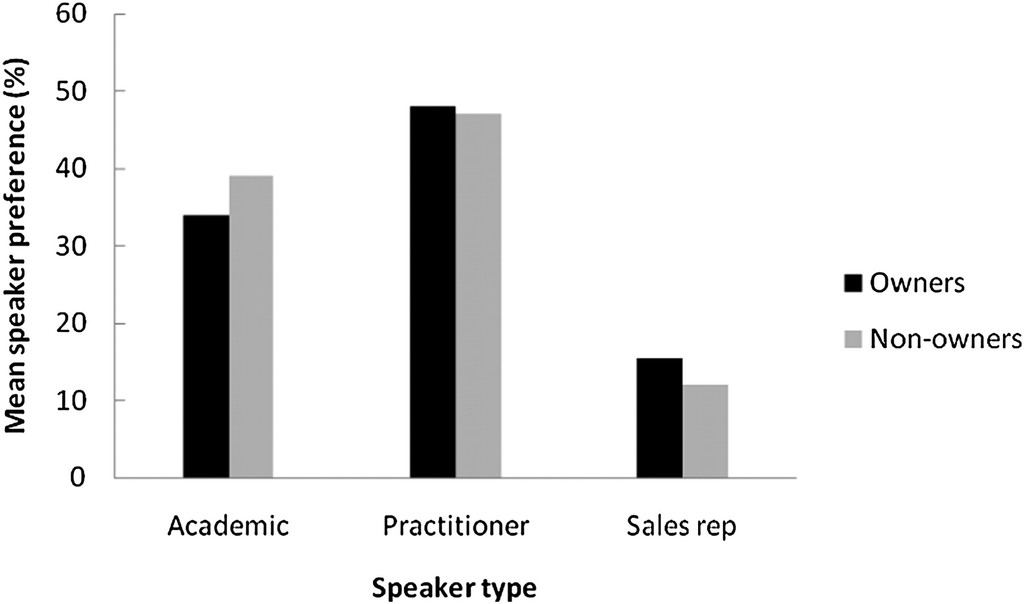 Mean percentage preference for conference speaker type organized by whether respondents were business owners (n = 129) or non-owners (n = 101). Respondents were asked to specify the proportion of conference speakers they preferred within each category; they were instructed that the sum of their proportions should be 100%. Academic experts were described as “extension professionals, researchers, and others with advanced degrees in their field”; practitioners were described as “professionals who are actively working in their field”; sales representatives were described as “professionals whose business is to sell a product.” Business owners preferred a slightly higher proportion of sales representatives as conference speakers than did non-owners (P = 0.067, se = 1.7); non-owners preferred a higher proportion of academic speakers than did business owners (P = 0.039, se = 2.6). Data were compiled from a survey of the Utah green industry in 2007. 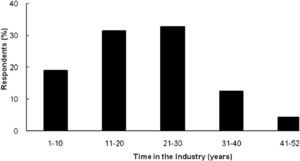 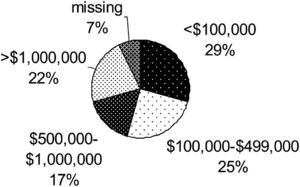 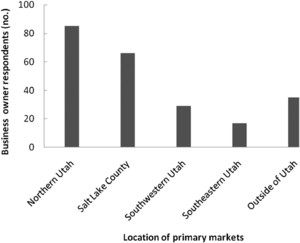 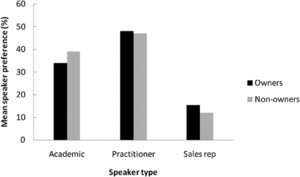