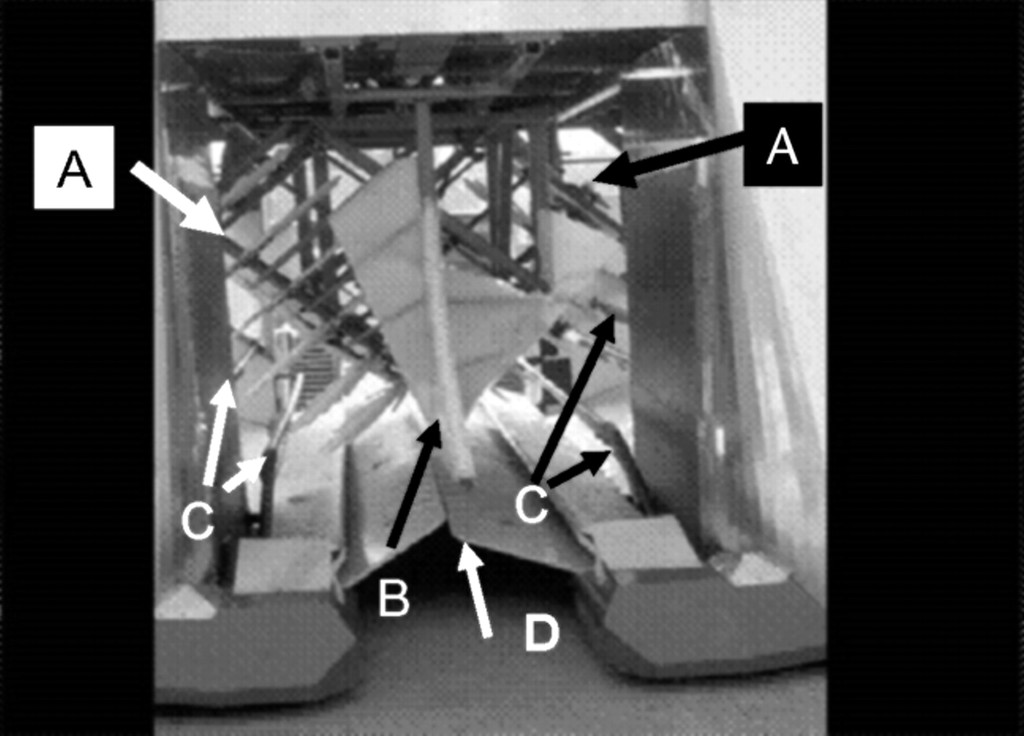 Front view of the V45 blueberry harvester that was used to machine harvest rabbiteye and southern highbush blueberries. This harvester was manufactured by Blueberry Equipment, Inc. (BEI), South Haven, MI. The shaking apparatus (A) comprises two angled, spiked-drum shaking units that are installed under a standard frame and the drive components of BEI's rotary harvester. Note the two drums are dynamically counterbalanced to each other and angled 45° to the horizontal. A prow (B) consisting of a tube extending 36 inches (91.4 cm) in front of the harvester frame and a 6-inch-long (15.2-cm) cone-shaped wedge starts at the leading edge of the prow and arches upward. Angled-positioning pipes (C) on each side of the harvester guide the canes that are diverted to left and right by the prow into the drum shakers (A). The 45° angled catching surfaces and fish scales (D) are covered with “Soft NoBruze” cushioning (Connecticut Valley Corp., Shelton, CT) and direct the berries into BEI's standard horizontal bucket conveyors. 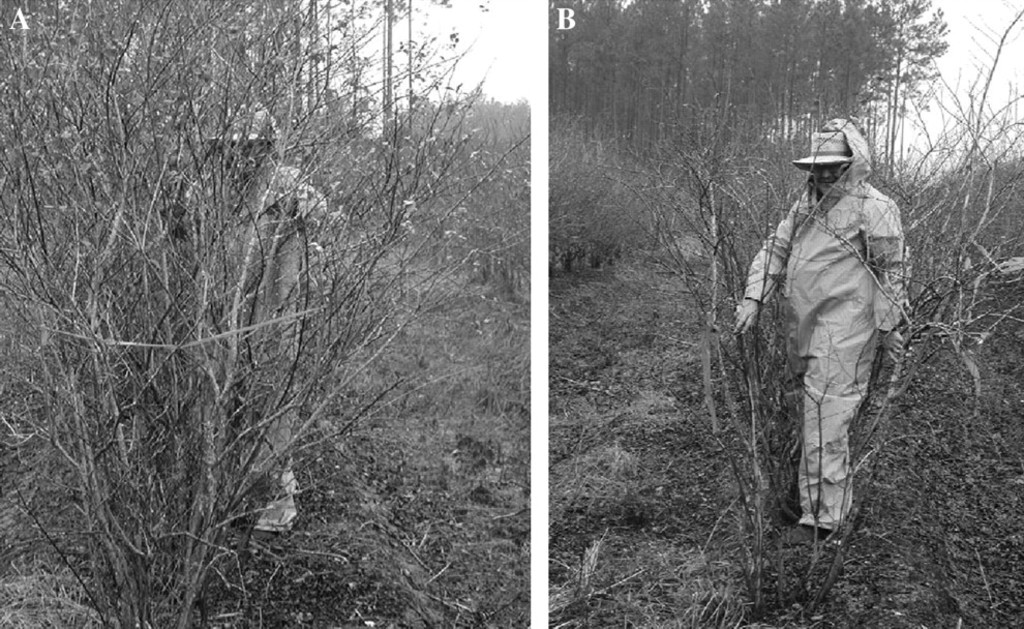 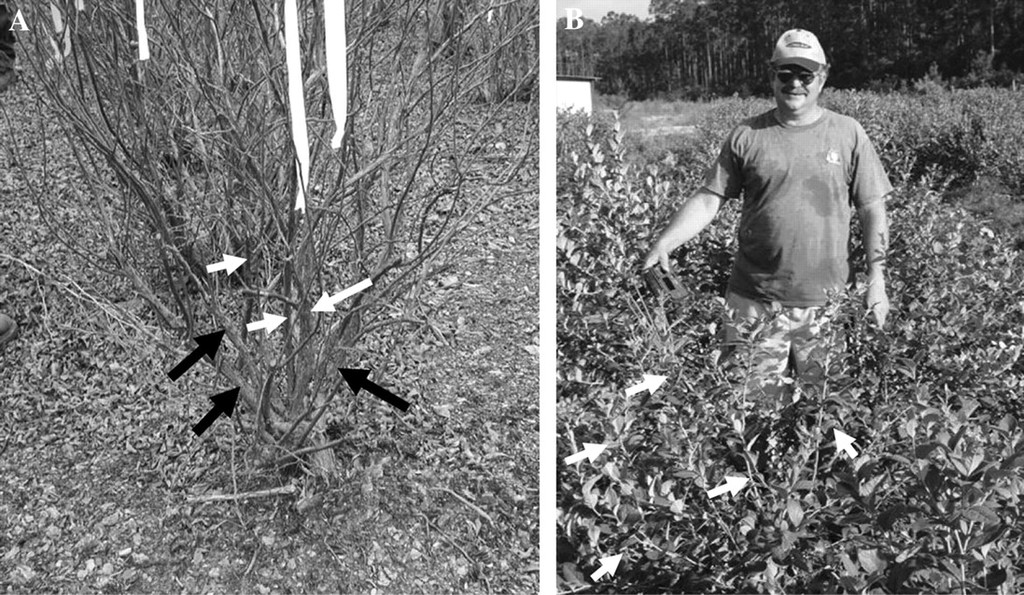 Four-year-old ‘FL 86-19’ southern highbush blueberry plant. (A) Note there are about six mature primary scaffold branches (black and white arrows) on the trunk (photographed Feb. 2005). Pruning for V45 mechanical harvesting involved the cutting of upright scaffold branches (white arrows) in June 2004 and Feb. 2005. (B) An ‘FL 86-19’ southern highbush blueberry plant pruned in June 2004 for V45 machine harvesting in Spring 2005 (photograph taken 24 Apr. 2005). Note the absence of mature canes in the center of the plant and the amount of current-year cane growth (arrows). 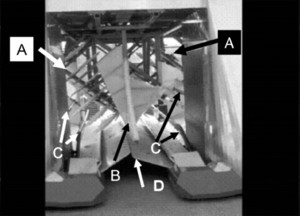 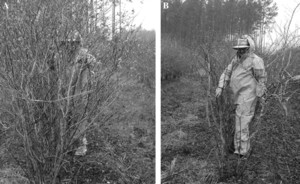 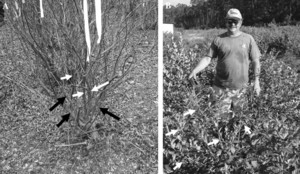