‘UCONNPC001’ sandcherry produces lateral branches freely at the base of the plant, resulting in a full canopy from the ground to the top of the plant.

A densely flowered branch of ‘UCONNPC001’ sandcherry showing the abundant light-pink to white, five-petaled flowers that are produced in late April to early May in Connecticut. 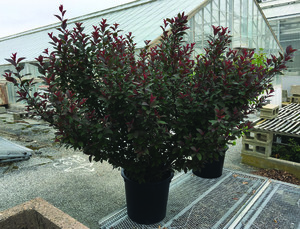 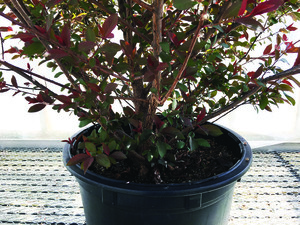 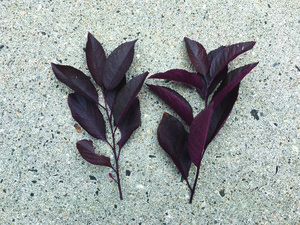 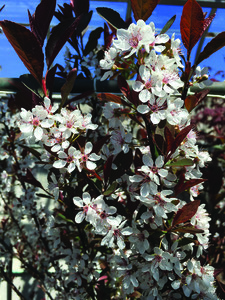