Volume/Issue:
Publish Ahead of Issue

Publish Ahead of Issue 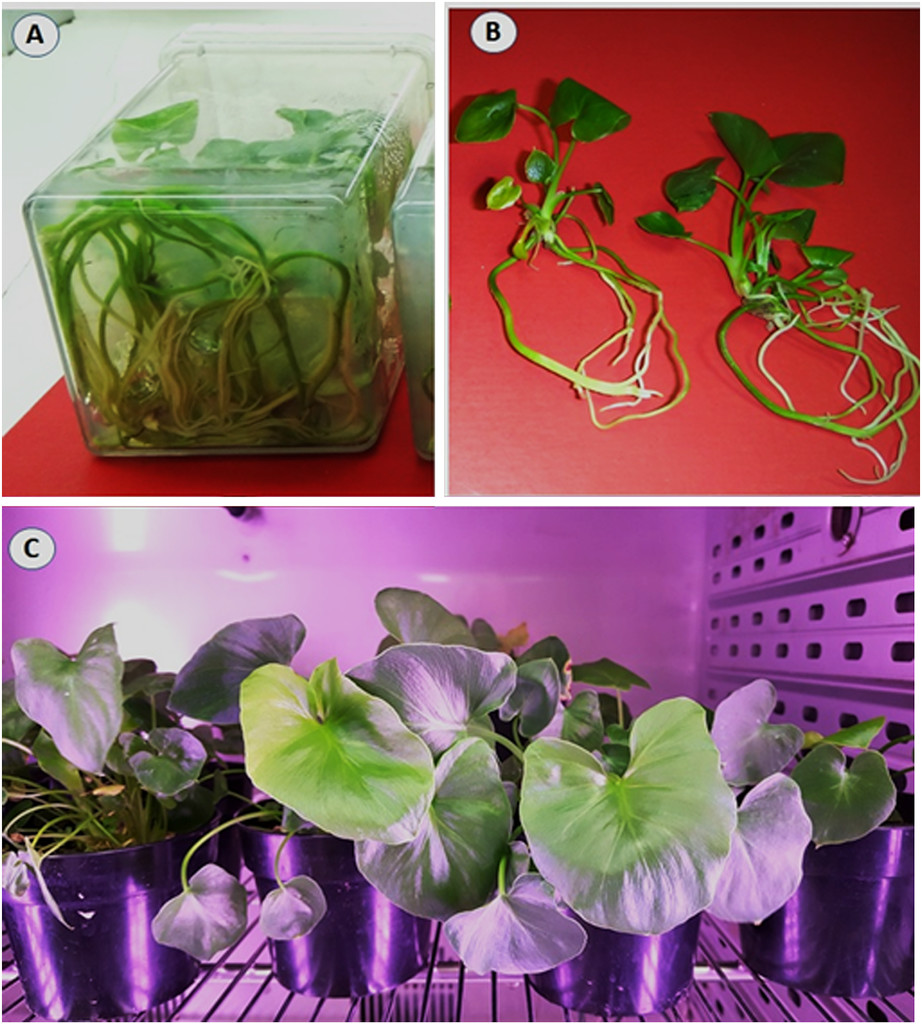 In vitro rooting and acclimatization of lacy tree philodendron. (A, B) In vitro plantlets rooted on Murashige and Skoog medium that contained naphthalene acetic acid (1 mg·L−1), after 6 weeks of culture. (C) Acclimatized plantlets in a 1:1 (v:v) mixture of peatmoss and perlite, after 30 d. 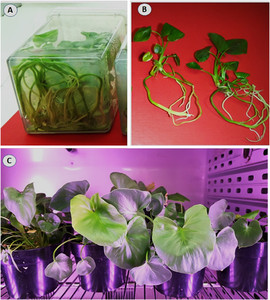