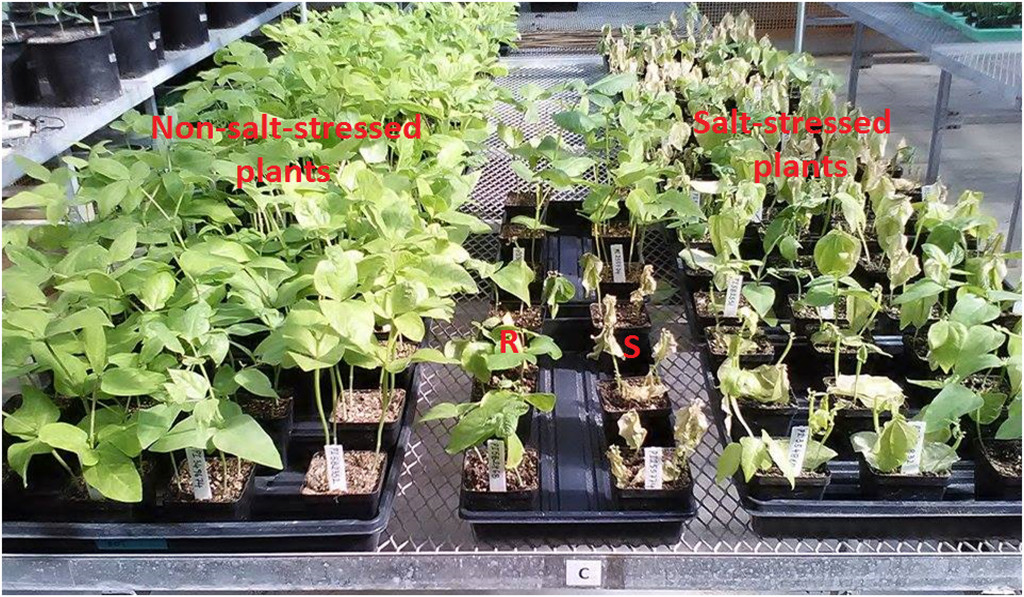 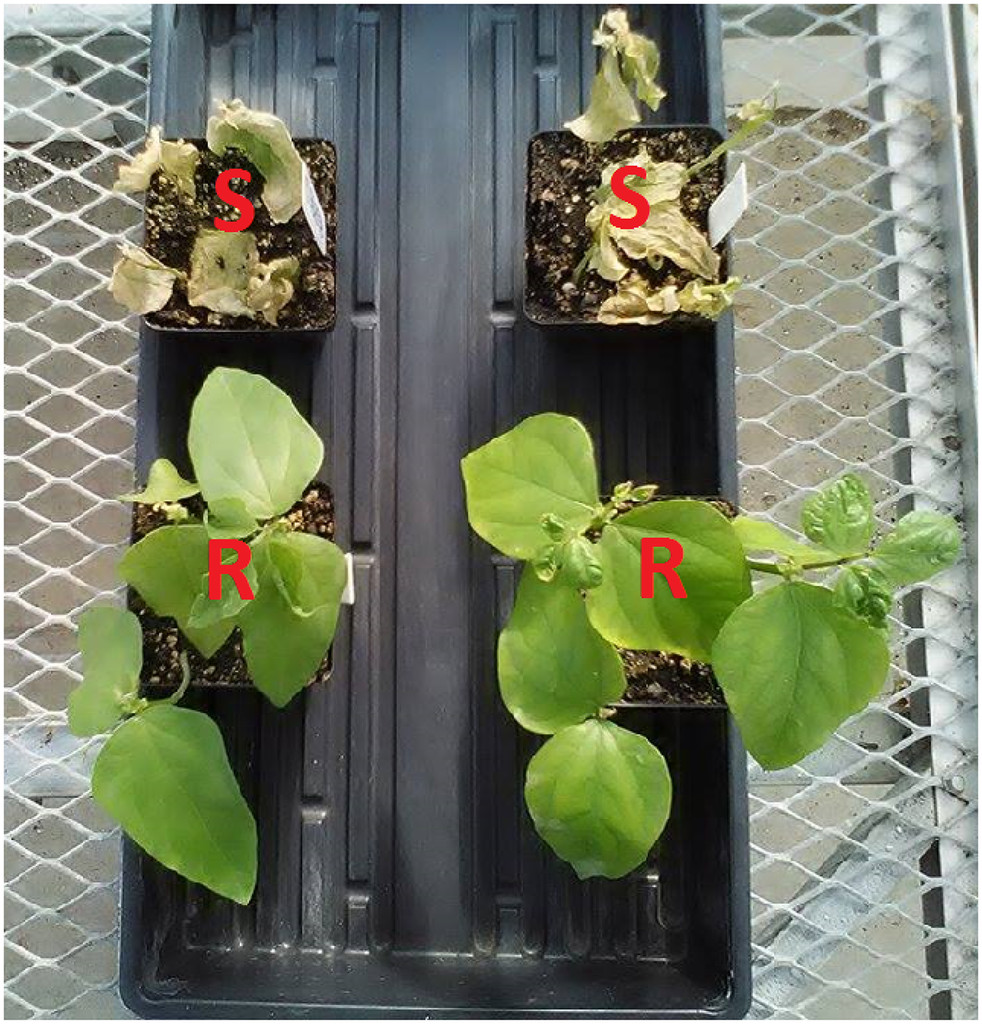 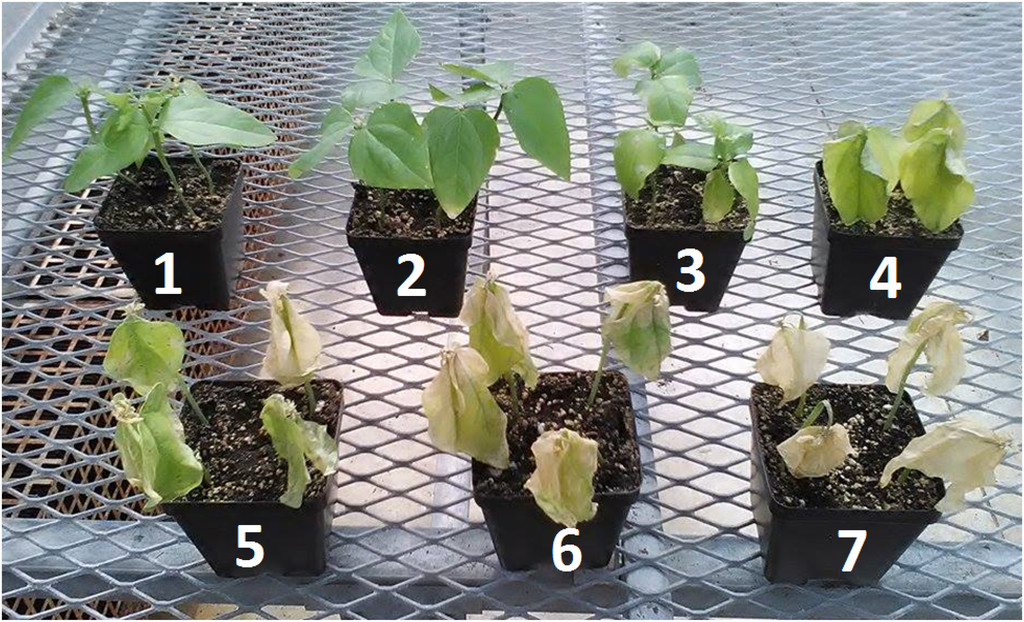 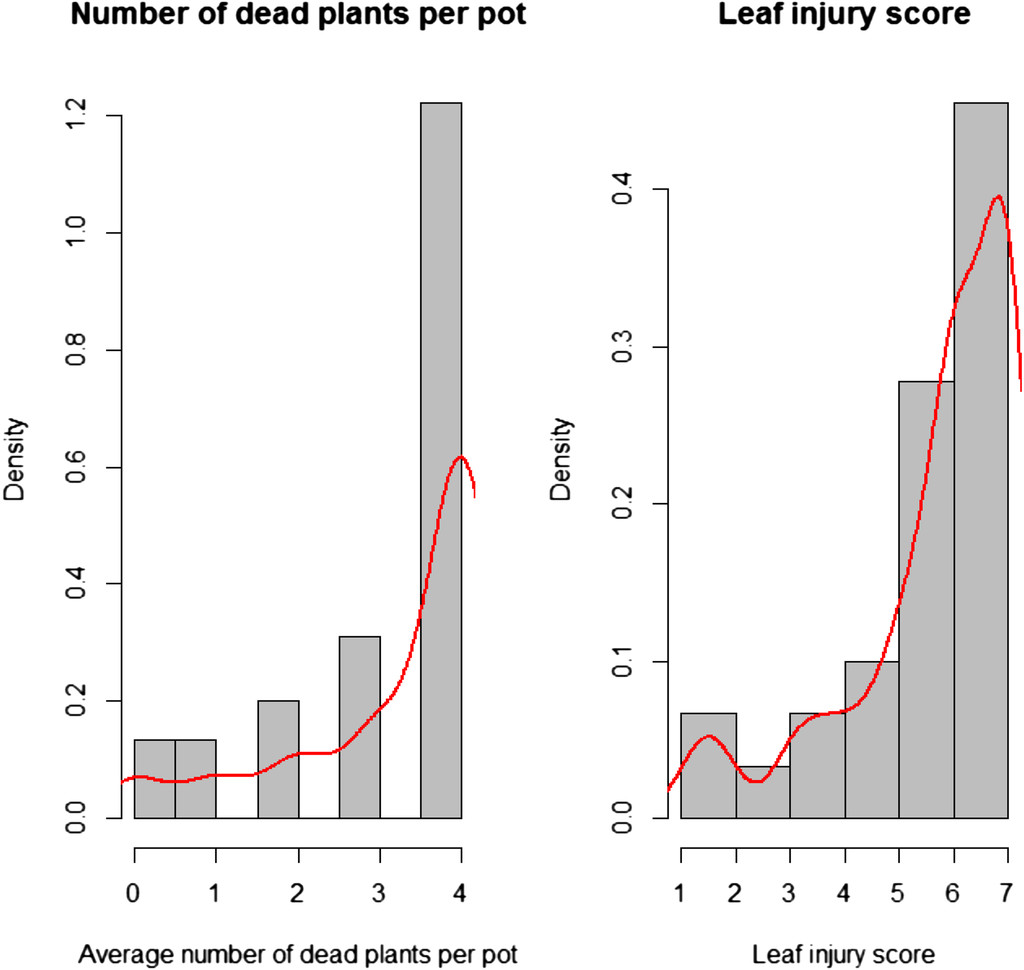 Distributions of the average number of dead plants per pot and leaf injury score. 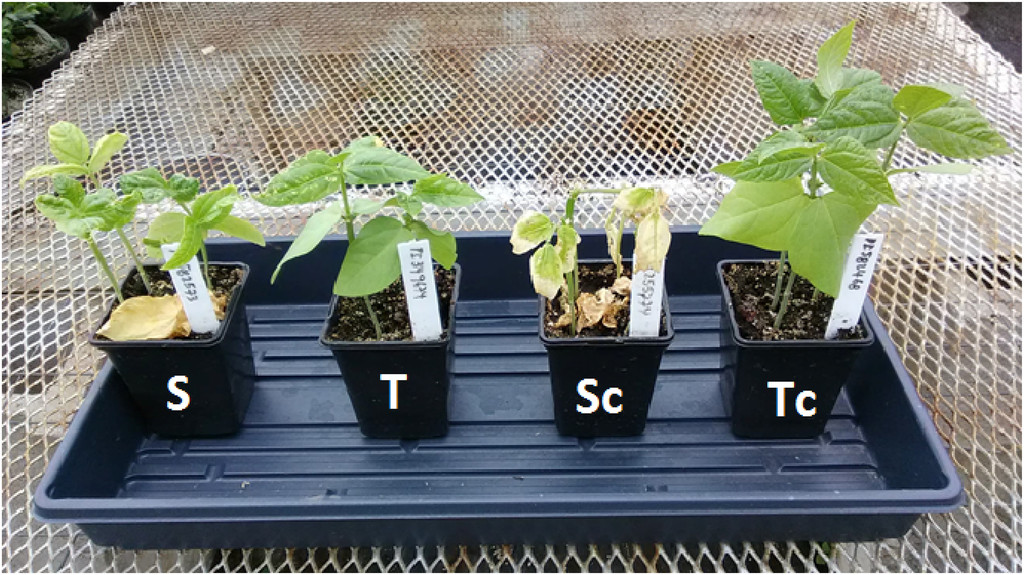 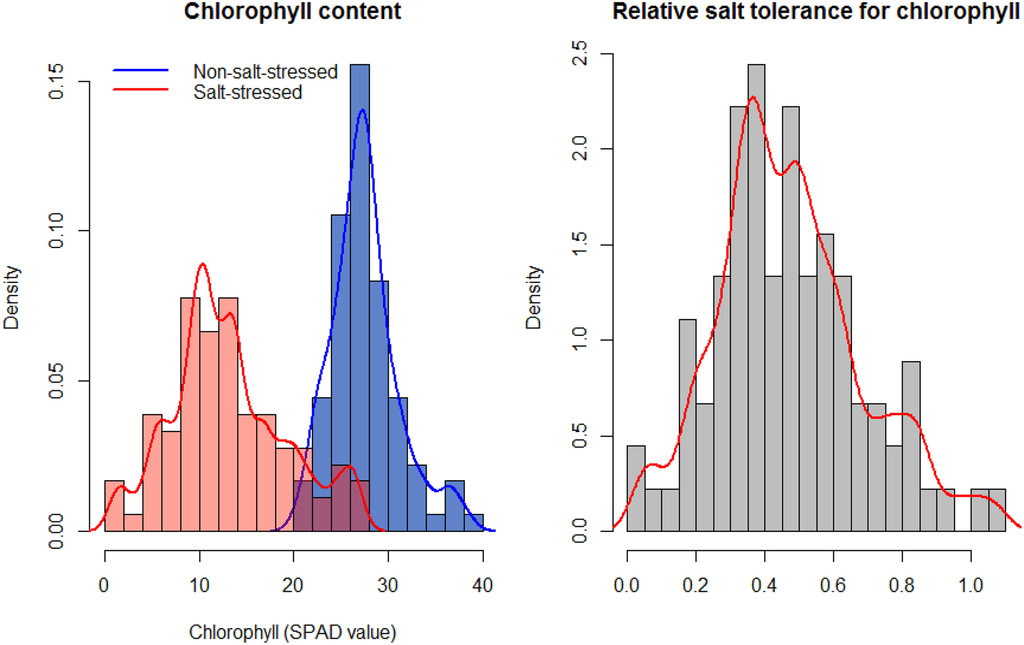 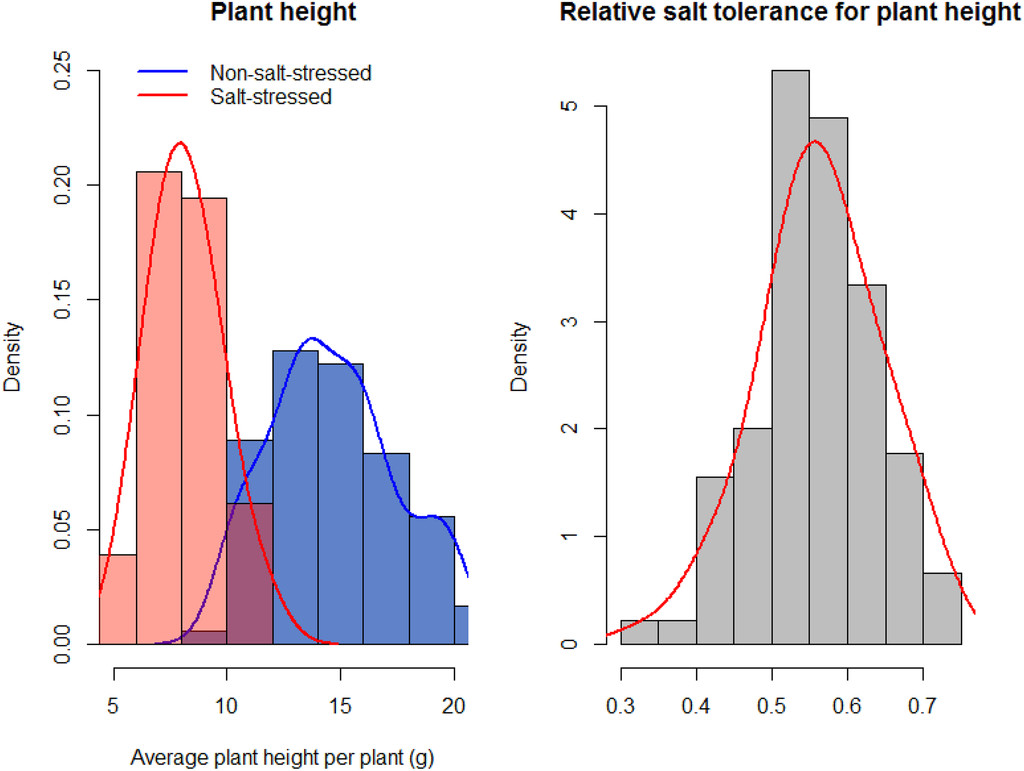 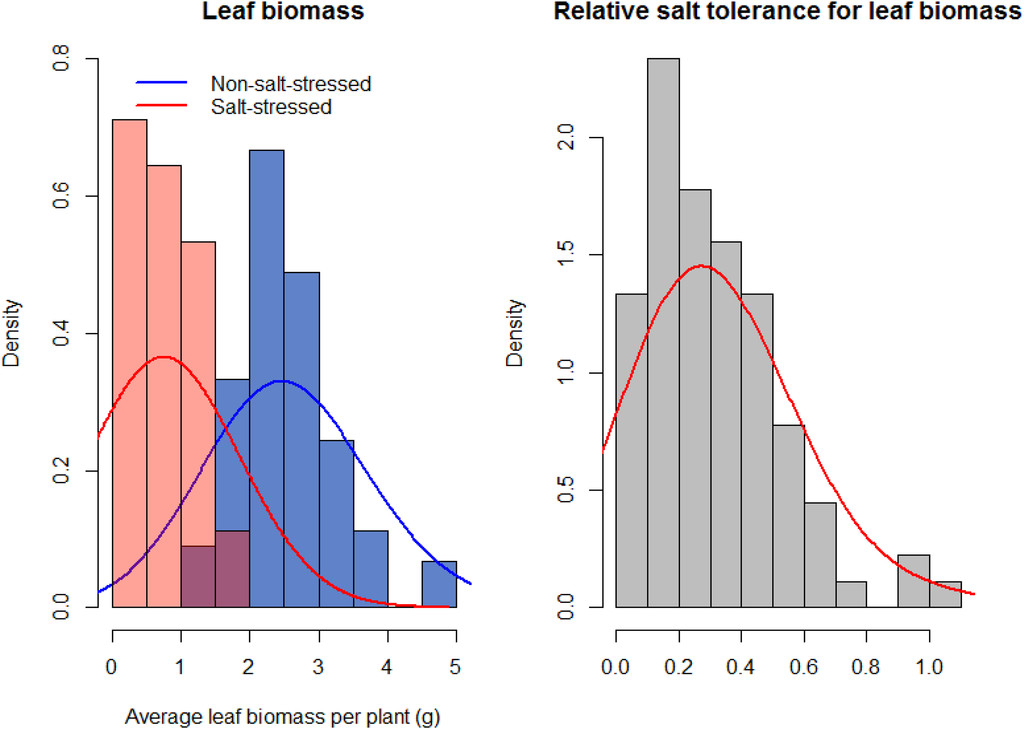 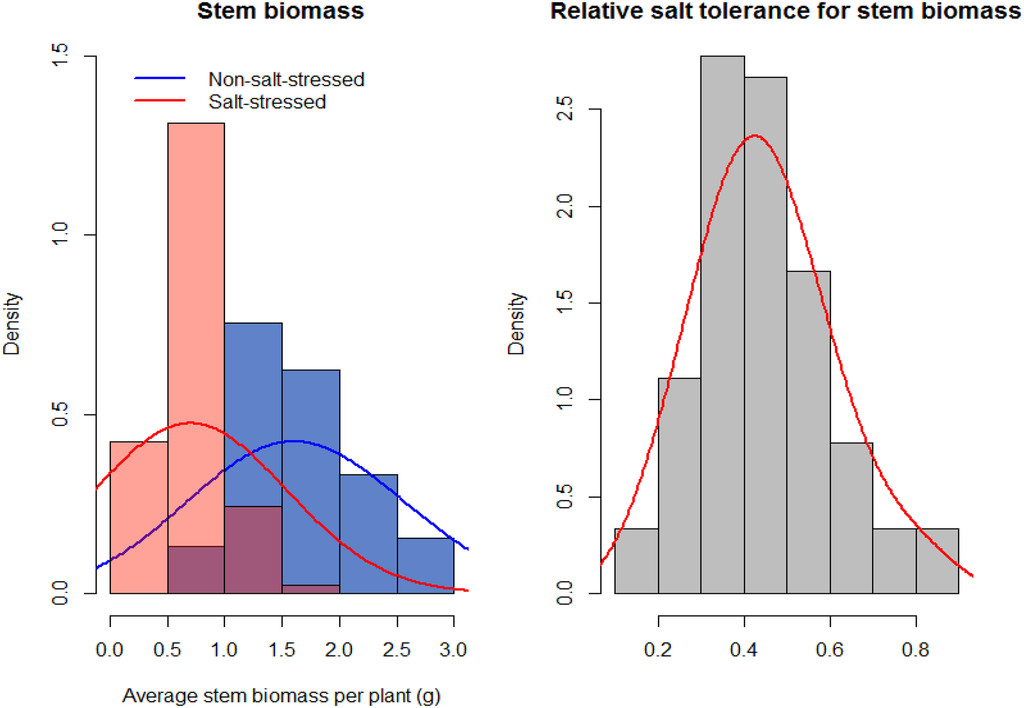 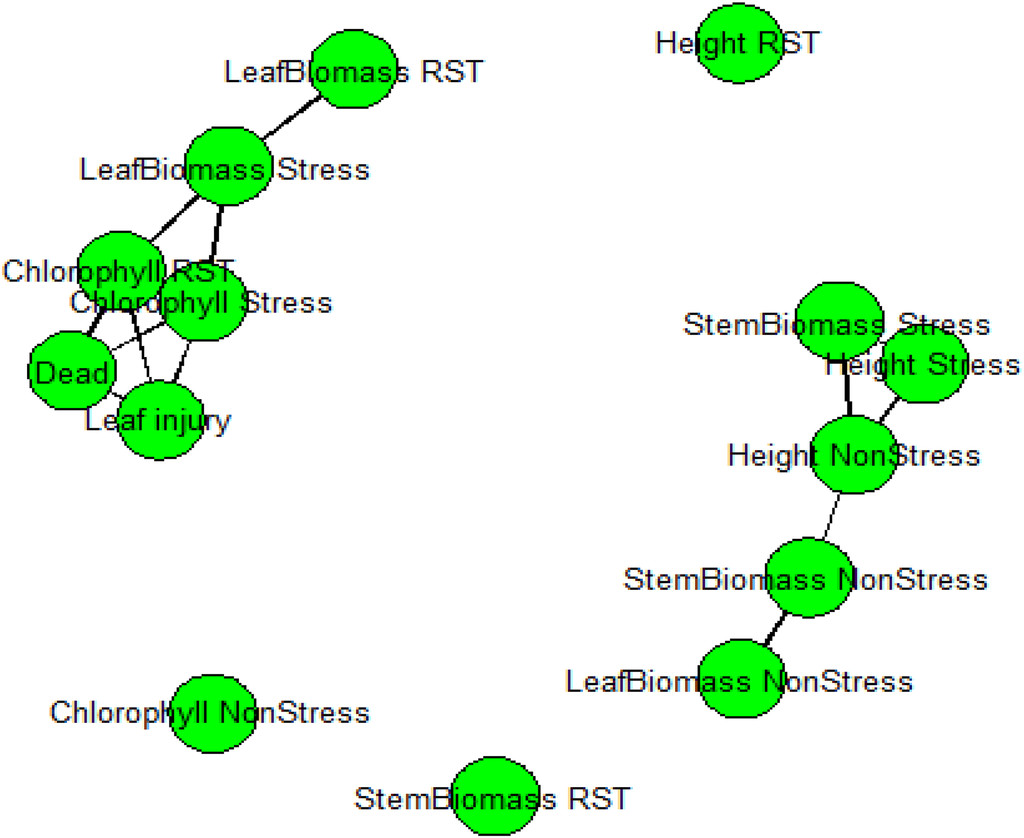 Network analysis between traits evaluated under salt stress and non-salt conditions. Pathways were shown using solid lines when absolute value of Pearson's correlations was greater than 0.65. 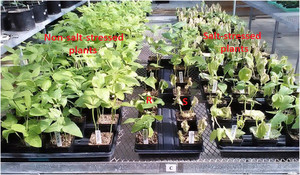 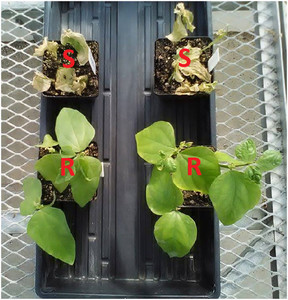 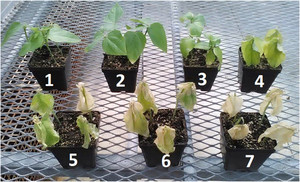 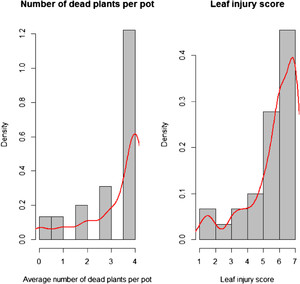 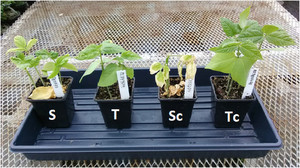 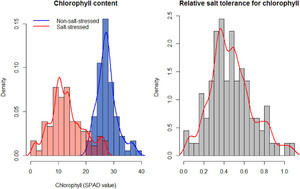 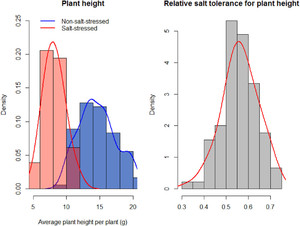 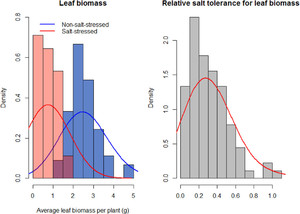 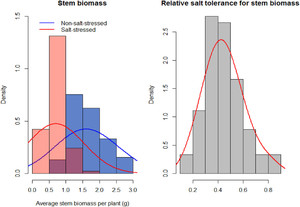 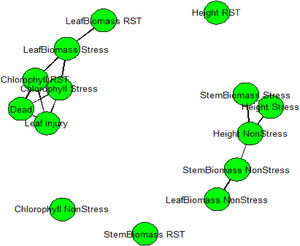