Fruit maturity of ‘Kader’ relative to commercial canning clingstone peaches in California. In commercial production, the cultivar Dixon ripened ≈1 week after ‘Carson’ and 1 week before ‘Andross’. The production gap resulting from its removal from commercial planting is commonly known as the Dixon gap. ‘Kingsburg-Cling’ is an early ripening mutation of University of California at Davis cultivar Dr. Davis currently being test-planted as an alternative to cultivar Andross (California Canning Peach Association, 2017).

Pedigree of the ‘Kader’ peach. Seed parent is presented at the top. The origin of the pollen parent R,1-1 is unknown. The designation PI 292557 is from early breeder records and does not refer to the ARS GRIN database. 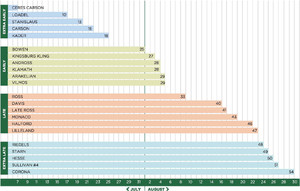 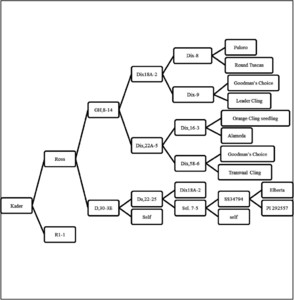 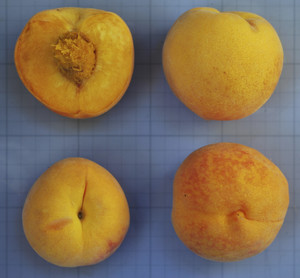