Regression analysis comparing number of growing degree day units (base temperature = 0 °C) required for peak flower emergence in the second year (2017) compared to the third year (2018) of the trial in a bermudagrass and buffalograss lawn. 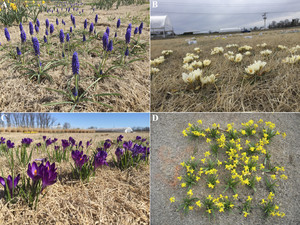 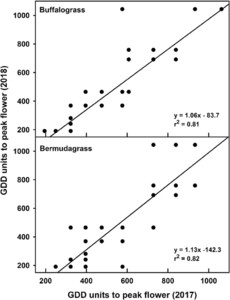