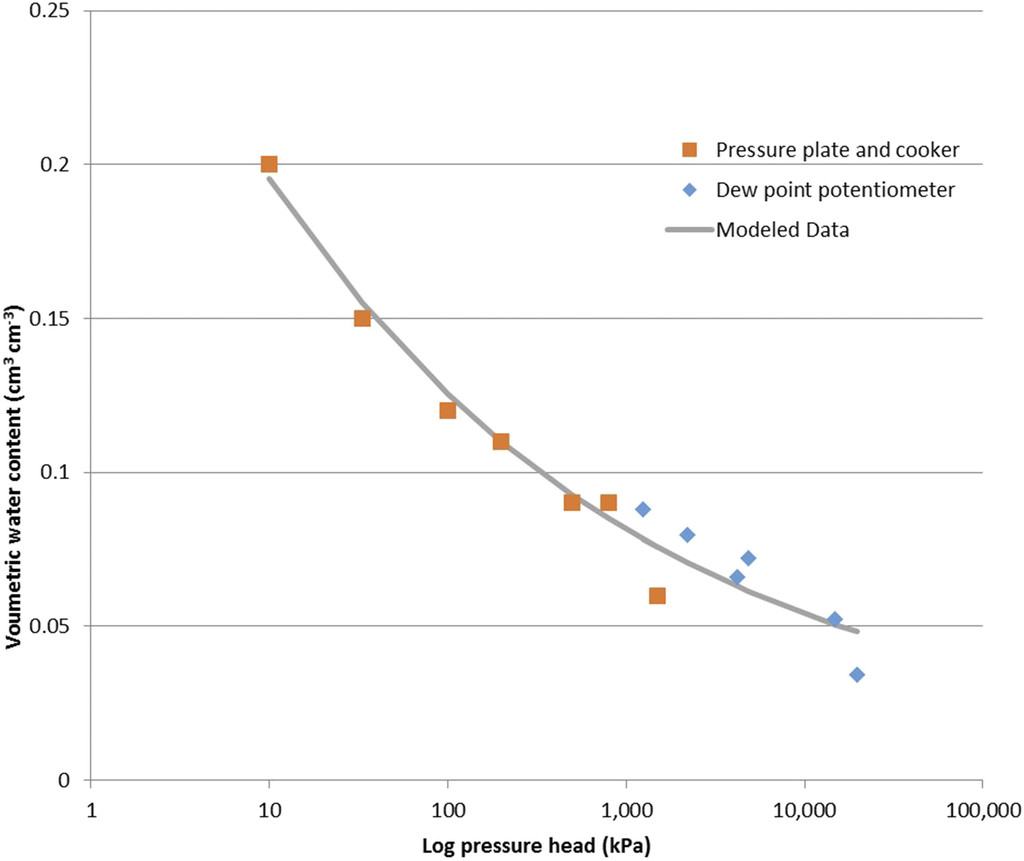 Water retention curve of a 1:1 (by volume) mixture of Metro Mix 902 with all-purpose sand. 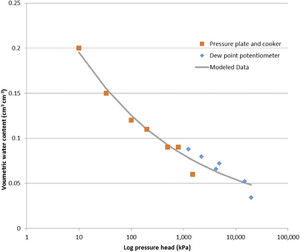