Principal components analysis (PCA) correlation loading plots from metabolic profiles of ‘Honeycrisp’ apple cortex from (A) wholly healthy fruit, (B) white tissue next to browned tissue, and (C) browned tissue. Position of metabolite labels with respect to scores for each observation (Fig. 3A–C) indicates association among metabolites and that observation. 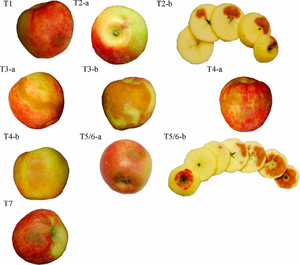 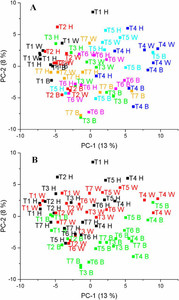 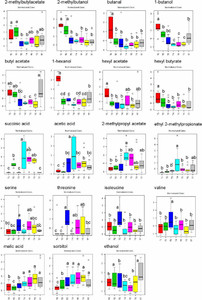 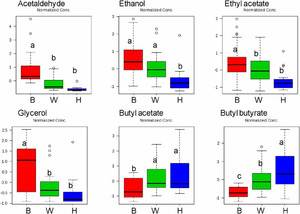 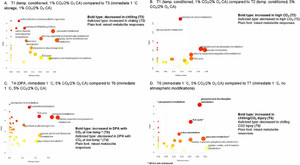 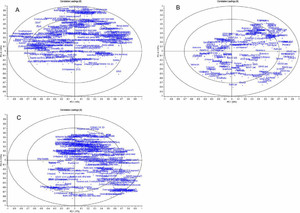