Young F2 plants (2–3 leaf stage) were inoculated two times with ZYMV-FL, at 1 week apart between the two inoculations. The plants were evaluated at the end of the third week after the first inoculation. Plants that did not have any ZYMV symptoms and no virus presence in the ELISA test were selected for additional evaluation. DNA samples were isolated from these resistant F2 plants and were tested with the two CAPS markers and the ZYRP-SCAR marker associated with ZYMV-FL resistance mentioned previously. In contrast with ZYMV-susceptible control plants, including ‘Charleston Gray’ and ‘Desert King’, that were homozygous for the susceptible eIF4E allele or susceptible F2 plants that were homozygous or heterozygous for the susceptible eIF4E allele, the ZYMV-resistant plants were all homozygous for the eIF4E allele derived from PI 595203 (as shown in Fig. 2). Each of the resistant F2 plants was self-pollinated to produce an F3 family. Resistance to ZYMV was confirmed in homozygous resistant F3 families, and an F3 plant that showed no virus symptoms and no virus presence in an ELISA test and was confirmed to be homozygous for the eIF4E allele derived from PI 595203 (Fig. 2) was selected and crossed to ‘Charleston Gray’.

In greenhouse tests at the U.S. Vegetable Laboratory (Charleston, SC) during 2013 and 2014, the USVL-380 plants showed significantly higher resistance to ZYMV compared with the heirloom watermelon cultivars Charleston Gray or Desert King that were used as susceptible controls (Table 1). 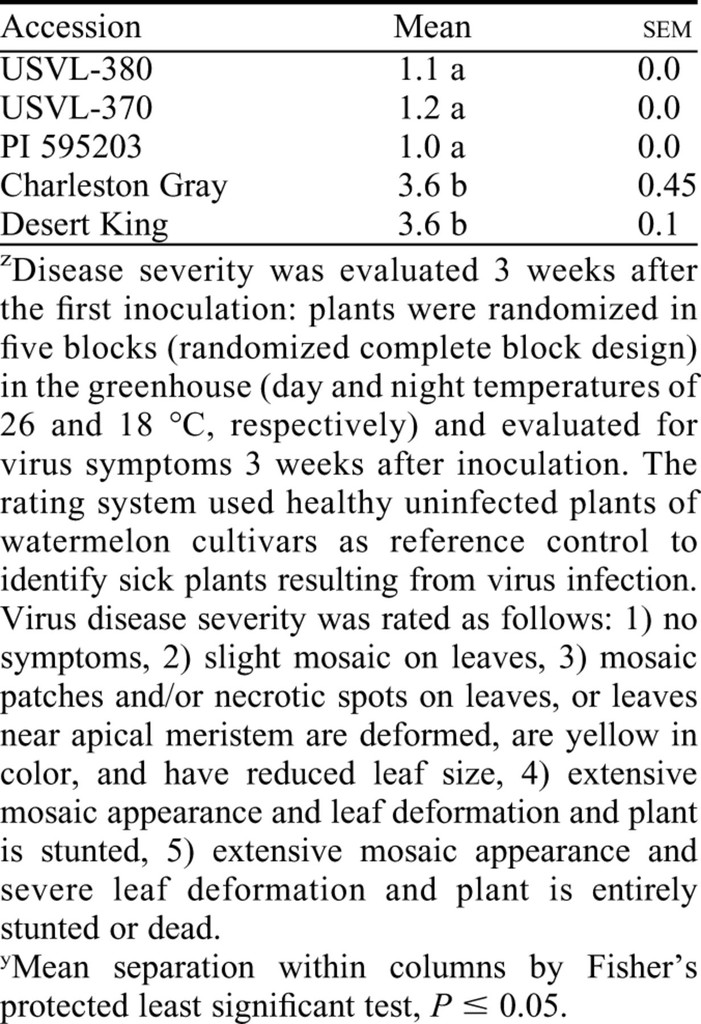 USVL-380 is a sister line of USVL-370 and has the same breeding scheme for this ZYMV-resistant line (Levi et al., 2016). However, in contrast with the ovular watermelon fruit of USVL-370, USVL-380 has an elongated fruit, similar to the recurrent backcross parent ‘Charleston Gray’. USVL-380 has a slightly thick rind, similar to USVL-370 (rind thickness is 2.2–2.5 cm) (Tables 2 and 3). In field trials in Charleston, SC (2014–15), USVL-380 plants produced on average 1.2 large mature fruits per plant (Tables 2 and 3; Figs. 3 and 4) in mid-late season (78–82 d post-planting), comparable with ‘Charleston Gray’ or ‘Crimson Sweet’. The mature fruits of USVL-380 have light green-gray dappled rind, resembling that of ‘Charleston Gray’ (Fig. 4), and light red flesh color with a sweet flavor, but with a lower solid soluble content compared with traditional cultivars. The USVL-380 watermelon flesh is firm with a slightly crispy texture and does not exhibit hollow heart (Fig. 4). The fruit contains light brown seeds (7.0 mm long and 4 mm width). USVL-380 should be useful in breeding programs aiming to enhance resistance to potyviruses in watermelon cultivars.

Watermelon fruit characteristics for USVL-380 and cultivars grown in a field of the U.S. Vegetable Laboratory, Charleston, SC, in the Summer of 2014. Mean ± (sem).

Watermelon fruit characteristics for USVL-380 and cultivars grown in a field of the U.S. Vegetable Laboratory, Charleston, SC, in the Summer of 2015. Mean ± (sem).

Small samples of seed of USVL-380 are available for distribution to interested research personnel and plant breeders who make written request to Drs. Amnon Levi or Kai-shu Ling, U.S. Vegetable Laboratory, 2700 Savannah Highway, Charleston, SC 29414-5334. Seed of USVL-380 will also be submitted to the National Plant Germplasm System where it will be available for research purposes, including the development and commercialization of new cultivars. It is requested that appropriate recognition of the source be given when this germplasm contributes to research or development of a new breeding line or cultivar. 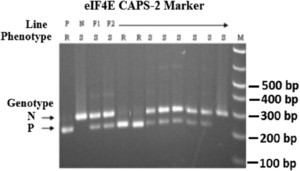 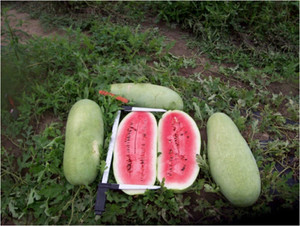 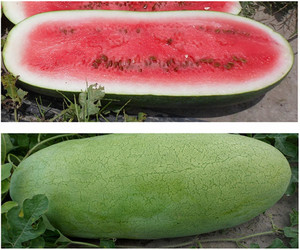