Typical high-performance liquid chromatography carotenoid chromatograms in Cucurbita maxima from (A) unsaponified and (B) saponified squash extracts. Example is for kabocha cultivar Space Station. Neo, peak #1, is abbreviation for neoxanthin. 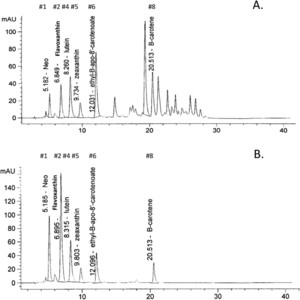 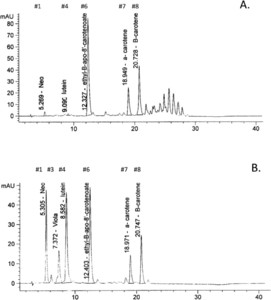