Schematic of the experimental harvesting system. Label 1 is a hydraulic power unit (including a pump, a pressure relief valve, and a reservoir); 2 is an electro-hydraulic control valve; 3 is a hydraulic motor; 4 is a mechanical shaker; and 5 is a test tree. 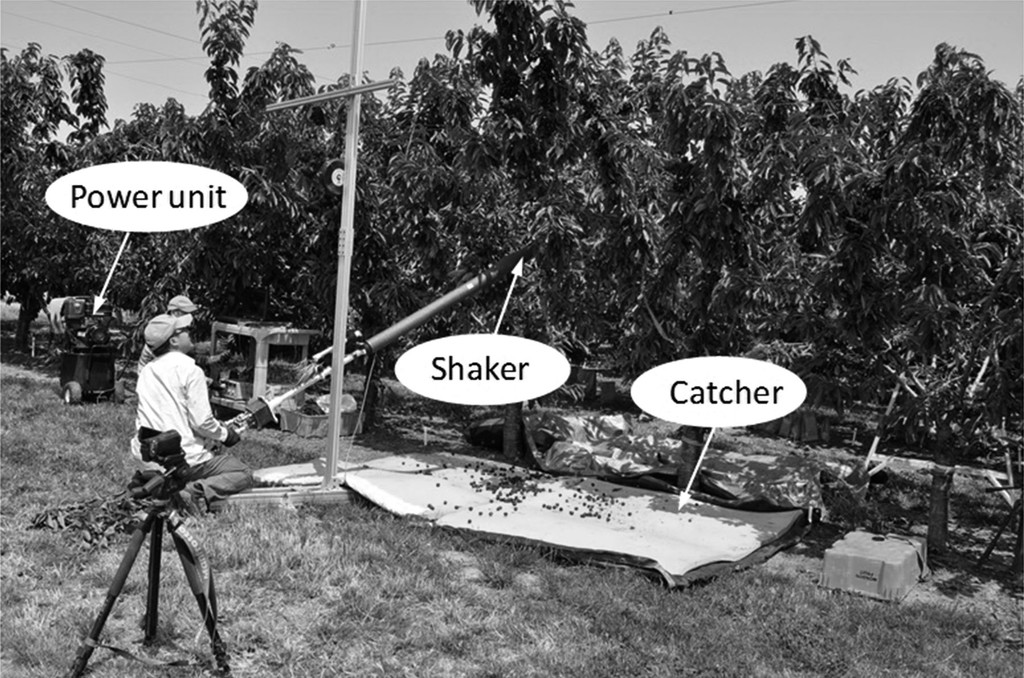 The overview of test setup in sweet cherry orchard. 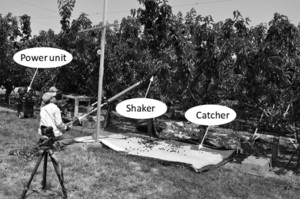