Tuber yield is one of the most important factors determining the economic value of caladium cultivars for commercial tuber production. Many lance-leaved caladiums often produce small tubers (Wilfret, 1983), making it difficult for growers to produce caladium crops profitably. Developing new lance-leaved caladium cultivars with adequate tuber yield potential has been a priority breeding objective for the University of Florida (UF) caladium breeding program.

Currently, ‘Florida Sweetheart’ is the most widely grown lance-leaved commercial cultivar of any color, and ‘Florida Red Ruffles’ is the most widely grown red lance-leaved commercial cultivar (Bell et al., 1998; Deng et al., 2011). Both cultivars were introduced by the UF caladium breeding program. Plants of ‘Florida Sweetheart’ are compact and produce wide lance leaves with a rosy color and relatively large tubers (Wilfret, 1991a). ‘Florida Red Ruffles’ has a compact, upright growth habit and excellent sun tolerance (Wilfret, 1991b).

‘UF 4015’ (Figs. 3 and 4) showed an overall plant growth habit similar to that of ‘Florida Red Ruffles’, but it is distinct from ‘Florida Red Ruffles’ with bright pink leaves and higher tuber yield potential. The availability of ‘UF 4015’ as a new cultivar can expand the color palette for caladium plants with this growth habit desired by greenhouse growers, nurseries, and gardeners.

‘UF 432’ was derived from a cross between ‘Candidum Junior’ and ‘Florida Sweetheart’ (Fig. 5) that was developed in Bradenton, FL, in Spring 2003. ‘UF 4015’ was progeny of a cross between ‘Aaron’ and ‘Florida Red Ruffles’ that was developed in Bradenton in Spring 2004 (Fig. 5). ‘UF 432’ was selected initially in 2004, and ‘UF 4015’ was selected initially in Aug. 2005. Since then, they have been propagated asexually through tuber division over 9–10 generations. The growth characteristics of these cultivars have been stable and consistent during asexual propagations and field trials.

Descriptions of color [e.g., Royal Horticultural Society (RHS) 200B] for plant parts are based on comparison with the RHS Color Chart (Royal Horticultural Society, 1986). Plants used for describing color were grown from de-eyed, jumbo-sized (or equivalent) tubers (two per container) in 20.3-cm containers in a 35% shaded greenhouse. The potting mix used in the containers was Fafard 3B (Conrad Fafard Inc., Agawam, MA) amended with the controlled-release fertilizer Osmocote® (15N–2.6P–10K, 5–6 months; Scotts Co., Marysville, OH) at 4.8 kg·m−3.

Plants of ‘UF 432’ (≈1.5 months old) had an average height of 36.7 cm. Leaves had an average size of 20 cm × 16 cm (length × width), are ovate, and have a cordate base, an acuminate to acute apex, an entire and slightly undulate margin, and two basal lobes. On the upper leaf surface, a green (RHS 139A) margin, up to 10 mm wide, borders the entire leaf. The leaf center is red (RHS 51B). Venation pattern is pinnate, with as many as 16 grayed-purple (RHS 183A) veins radiating from a central main vein of red (RHS 53C). Secondary and tertiary veins tend to be netted across the entire leaf. Small blotches of green (RHS 139A) and numerous specks of white, or both (RHS 155A) may appear along the margin and between primary veins. The leaf undersurface has a grayed-green (RHS 191A) margin up to 20 mm wide, a red (RHS 51B) center, a grayed-red (RHS 182C) midrib vein, and several green (RHS 137B to 137D) primary veins. Irregular yellow-white (RHS 158C) mottling appear from the margin into the center area. Petioles are mostly erect, curving outward with development. They are mostly light brown (RHS 200D), with long streaks of darker brown (RHS 200A) or speckling of brown (RHS 200C) from the apex to the base of the petioles. Jumbo tubers are multisegmented, bearing six to nine dominant buds. Tuber surfaces are brown (RHS 200B) with the cortical area yellow (RHS 7B).

Plants of ‘UF 4015’ (≈1.5 months old) have an average height of 33 cm. Leaves had an average of 23.8 cm × 15.7 cm (length × width). Leaves are ovate and have a sagittate base, an acuminate to acute apex, and an entire and wavy margin. On the upper leaf surface, a narrow green (RHS 139A) margin, up to 5 mm wide, borders the entire leaf. The leaf center is red (RHS 54B). Venation pattern is pinnate, with as many as 10 red (RHS 53C) veins radiating from a central main vein of red (RHS 53C). Secondary and tertiary veins tended to netted across the entire leaf. Numerous specks of white (RHS 155B) appear along margins and between primary veins. The leaf undersurface has a grayed-green (RHS 191A) margin up to 10 mm wide, a grayed-purple (RHS 185D) center, and grayed-purple (RHS 184D) midrib veins and several grayed-purple (RHS 185D) primary veins. Irregular grayed-yellow (RHS 162D) and grayed-green (RHS 191A) mottling, up to 15 mm wide, parallels the margin. Petioles are mostly erect, curving outward with development, and are mainly grayed-red (RHS 179D) with specks of grayed-green (RHS 189A) running from apex to base. Colors of yellow-green (RHS 148A and yellow-green (RHS 146B) can show on the petioles. Jumbo tubers are multisegmented, bearing six to nine dominant buds. Tuber surfaces are brown (RHS 200B), and the cortical area is yellow (RHS 7A).

For the 2008 growing season, beds were fumigated with a mixture of 80% methyl bromide and 20% chloropicrin (by volume) at 448 kg·ha−1. Caladium seed pieces were planted 18 Apr. at ≈15-cm spacing between and within rows. The irrigation and fertigation system were the same as the one used in 2007. Tubers were dug on 2 Dec. to 8 Dec. 2009, followed by washing, drying, weighing, grading, and counting as was done in 2007.

Field plots were arranged in each growing season in a randomized complete block design with three blocks, 1.2 m2 plots planted with 30 caladium seed pieces. Two commercial cultivars Florida Red Ruffles and Florida Sweetheart were included as controls in each block. Analyses of variance were conducted using the PROC GLM procedure in SAS (SAS Institute, 2011) to compare the tuber yields of ‘UF 432’ and ‘UF 4015’ to that of ‘Florida Red Ruffles’ and ‘Florida Sweetheart’.

Tuber weight, number of marketable tubers, production index (PI), and tuber grade distribution of ‘UF 432’, ‘UF 4015’, and two commercial cultivars grown in Wimauma, FL, in 2007, 2008, and 2009. Values presented for each year are means of three plots in three randomized complete blocks, and each plot was 1.2 m2 with 30 tuber propagules planted.

The suitability of ‘UF 432’ and ‘UF 4015’ for pot plant production was evaluated by forcing tubers in 11.4-cm containers in Spring 2008. No. 1 tubers were planted in a peat/vermiculite mix (VerGro Container Mix A; Verlite, Tampa, FL) on 17 Apr. The study was conducted in a greenhouse with 45% light exclusion. Average daily temperatures in the greenhouse ranged from a low of 16 °C at night to 29 °C during the day. Potted plants were arranged on metal benches in the greenhouse in a randomized complete block design with eight replications. Plant height, plant width, number of leaves, and foliar characteristics were recorded on 12 June 2008, 8 weeks after planting. Quality of the potted caladium plants was rated on a scale of 1 to 5, with 1 = very poor, few leaves, totally unacceptable as potted plants, and 5 = very attractive with many bright, colorful leaves, a full plant, a symmetrical shape, and an appropriate height.

Plant characteristics and performance of caladium cultivars grown from No. 1 tubers in 11.4-cm containers in a 45% shaded glasshouse in Wimauma, FL, in 2008. Values represent the means of eight plants produced from intact No. 1 (>3.8 and <6.4 cm in diameter) tubers planted individually per container and data taken ≈8 weeks after planting.

Landscape performance of ‘UF 432’ and ‘UF 4015’ was evaluated on the same plots used for evaluating tuber production. A scale of 1 to 5 was used with 1 being very poor (few leaves and lack of vigor), and 5 being excellent (full plants, numerous leaves, and bright color display). Leaf sun tolerance was evaluated on a scale of 1 to 5, with 1 being very susceptible to sun (leaves having numerous sun-damaged areas or holes) and 5 being resistant to sun (no visible sun-damaged areas). Three evaluations were conducted in each growing season for plant performance and sun tolerance, and they were done in July, Aug., and Sept. 2007; Aug., Sept., and Oct. in 2008; and Aug., Sept., and Oct. 2009. Plant height, number of leaves, and leaf size were measured on three plants randomly chosen from each plot, ≈4 months after planting.

Plant patents will be applied for ‘UF 432’ and ‘UF 4015’ by the Florida Agricultural Experiment Station. Commercial production of these cultivars is to be with a licensing agreement with the Florida Foundation Seed Producers, Inc., P.O. Box 309, Greenwood, FL 32443. Information on tuber availability and propagation agreements can be obtained from the Florida Foundation Seed Producers, Inc. (http://www.ffsp.net/). ‘UF 432’ and ‘UF 4015’ will be marketed under Sizzle™ and Passionista™, respectively. 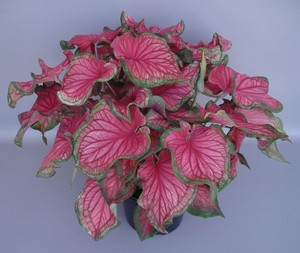 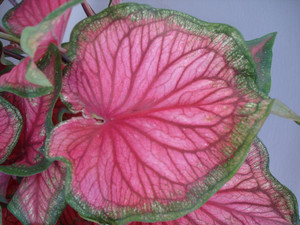 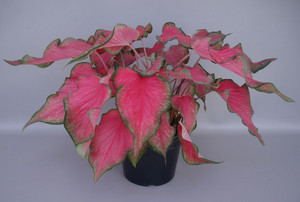 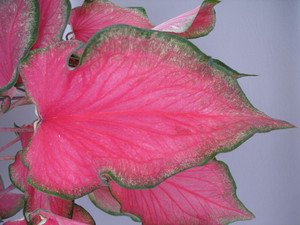 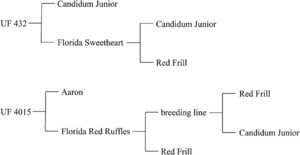