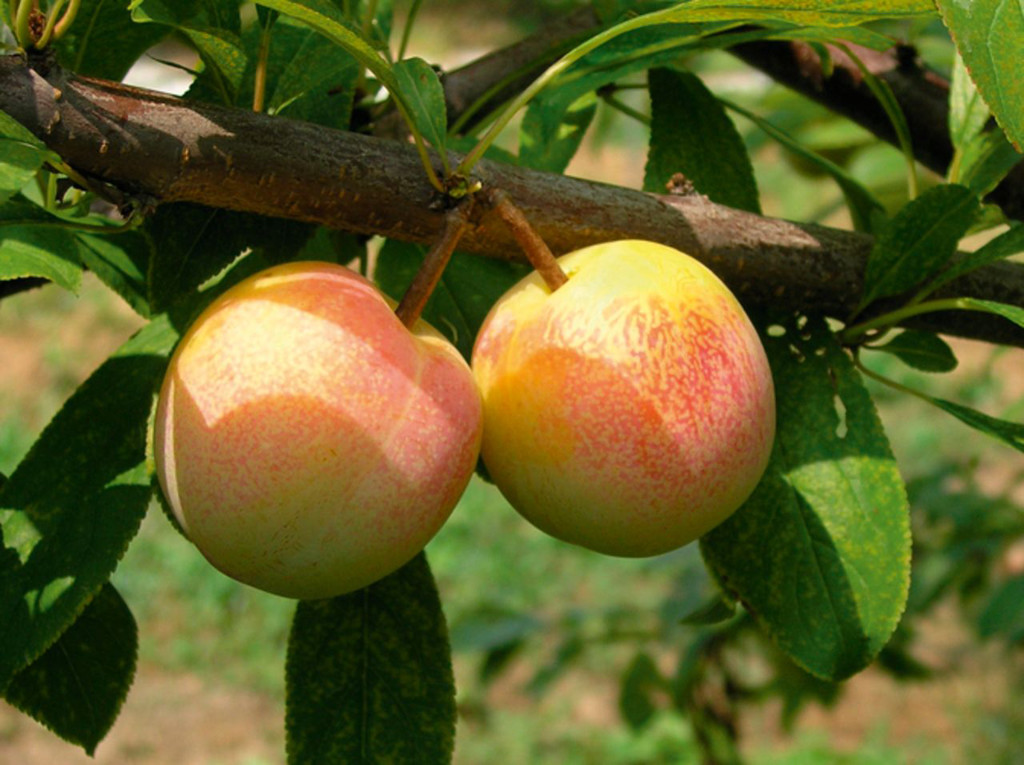 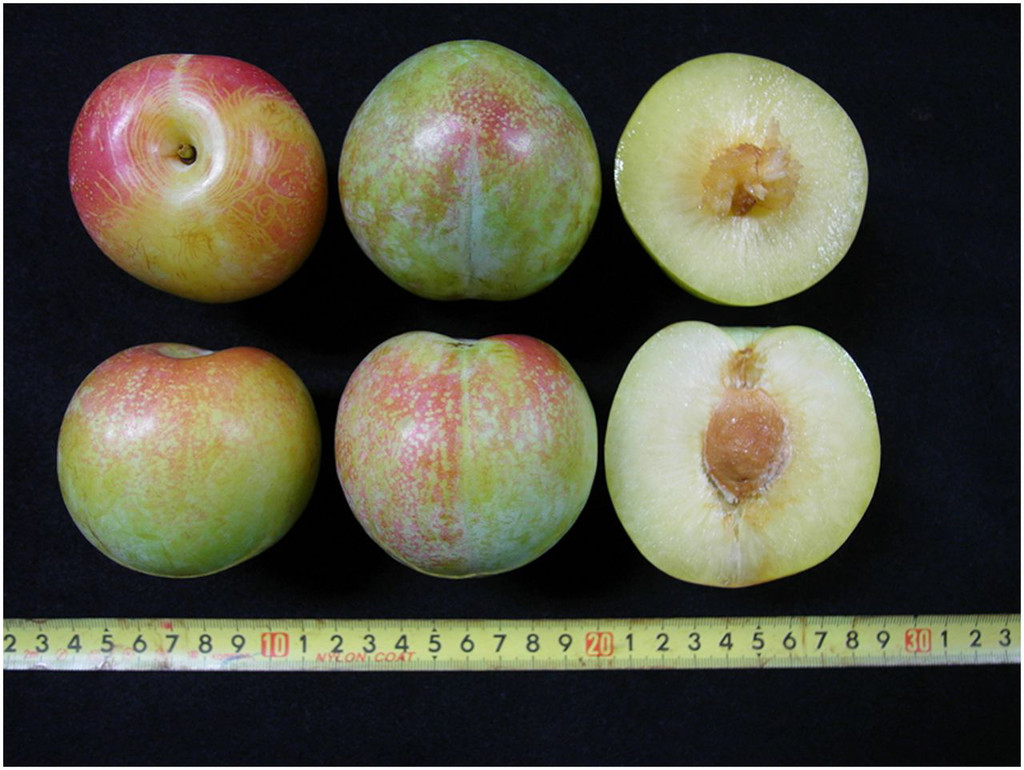 Fruit of the ‘Summer Fantasia’ Japanese plum. The scale is in centimeters. 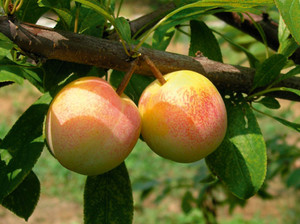 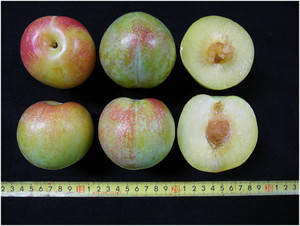