Ribes sanguineum ‘Oregon Snowflake’ during winter demonstrating its dense branching. The original plant is in the foreground with five replicates planted after it, which demonstrates the consistency of growth habit in plants propagated from stem cuttings. 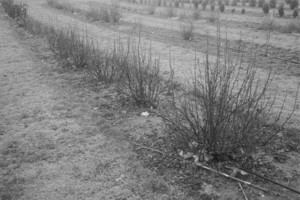 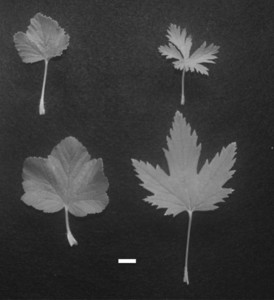