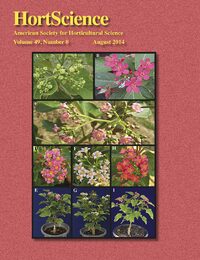 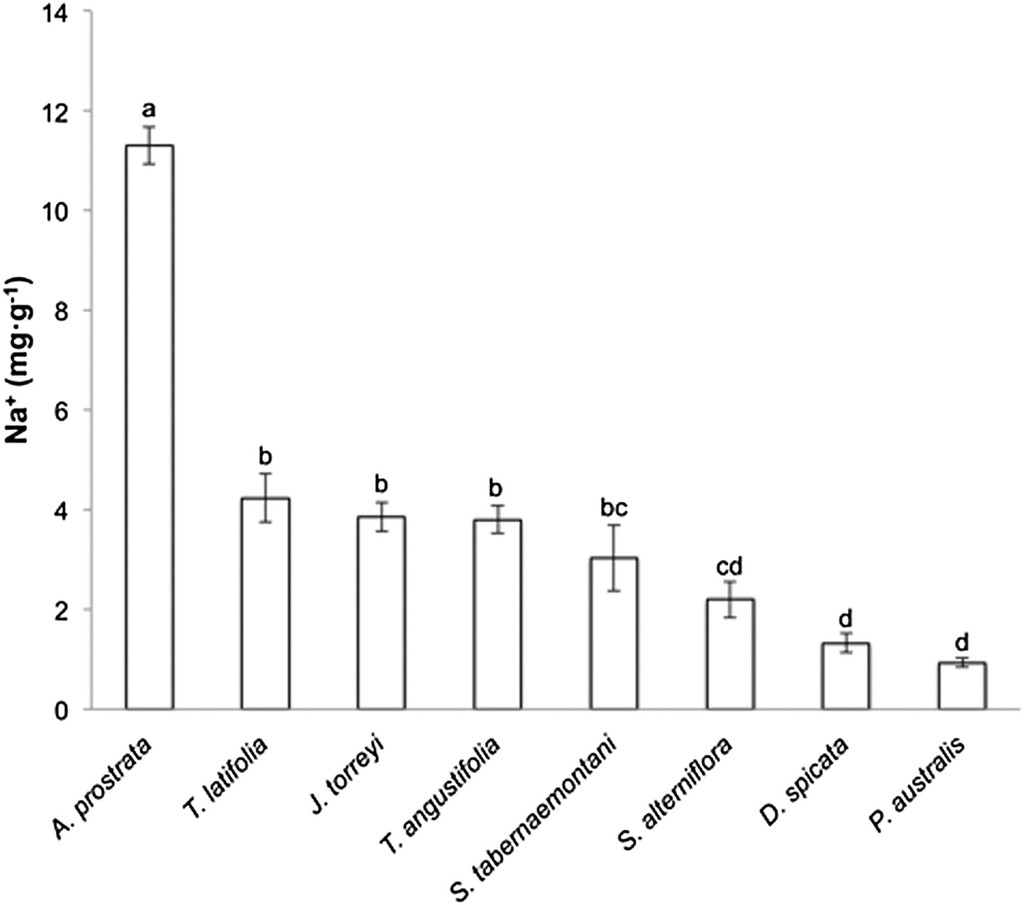 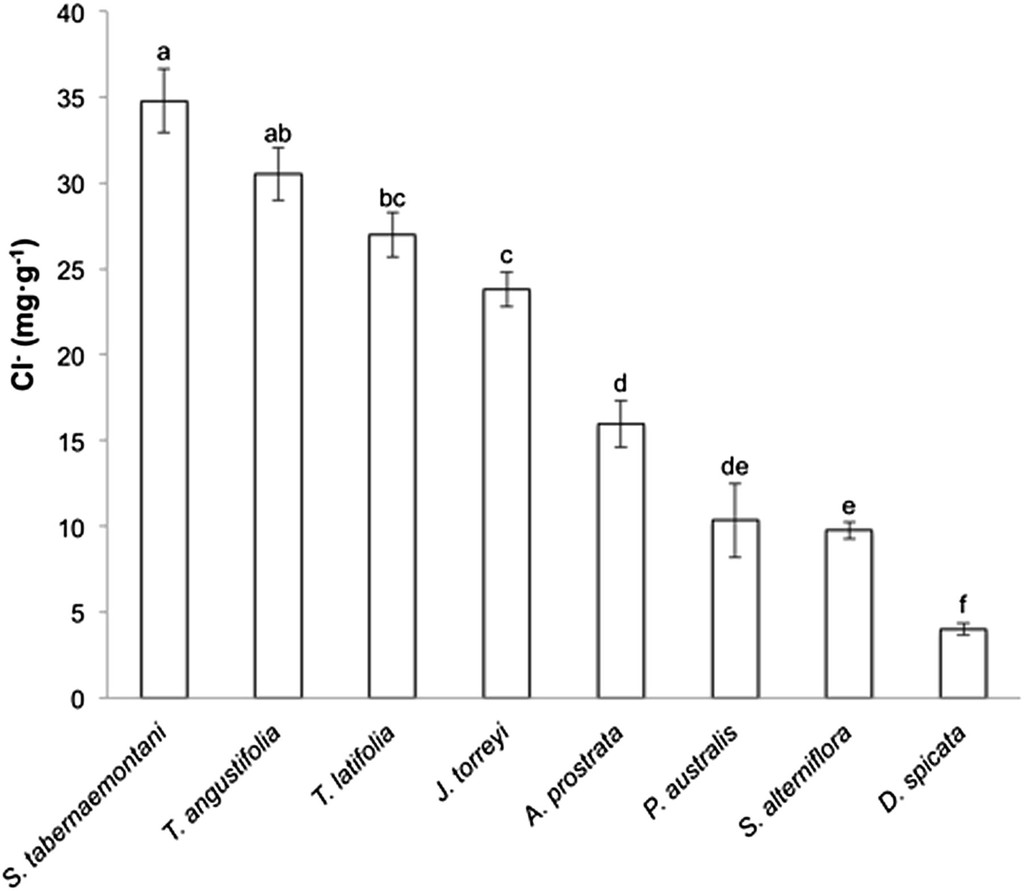 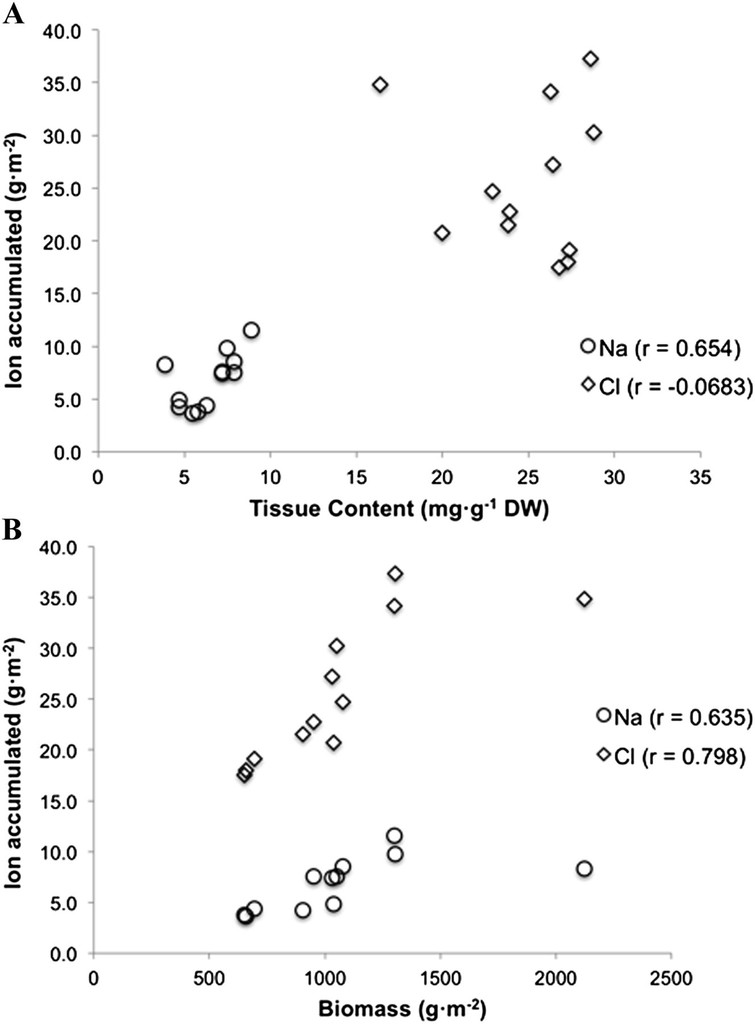 The effect of Na+ and Cl– tissue content (A) and biomass production (B) on the mass of Na+ and Cl– accumulated by T. latifolia, S. tabernaemontani, J. torrey, and T. angustifolia after 5 weeks in constructed wetland microcosms with simulated greenhouse nutrient solution with added NaCl. Pearson correlation coefficients (r) presented in parentheses for each ion. 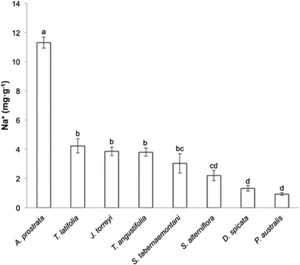 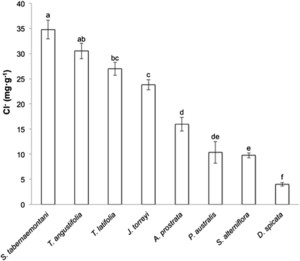 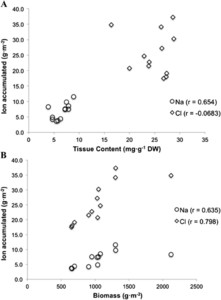