HortScience Consulting Editor (2003–2013) and long-standing Parks and Leisure Australia (PLA) member Dr. David Aldous passed away unexpectedly on 1 Nov. from a brain aneurysm. He was 67. David’s untimely death comes as a shock to all in the parks and recreation industry (in Australia and worldwide) to which he was a dedicated and tireless contributor over many years.

First joining the Royal Australian Institute of Parks & Recreation (RAIPR) in 1973, David served on the Victorian regional councils for both RAIPR and later PLA. His overall contributions acknowledged were in 2005 with PLA’s highest accolade, the Frank Stewart Award, “in recognition of significant innovation and best practice in the parks and leisure industry.” He was a member of the organizing committees for several Victorian-based PLA National Conferences and in recent years served on the PLA NatConsulting Board.

His enthusiasm and foresight included being instrumental in establishing the much acclaimed National School in Park Management at the University of Melbourne, running annually from 1996 to 2007, providing mid-career training to over 350 participants in those 12 courses.

In 2006 on behalf of PLA and along with Garry Henshall, David helped develop and subsequently deliver annual Certificated Park Management training to the Singapore National Parks Board’s Centre for Urban Greenery & Ecology. Also very active with International Federation of Parks and Recreation Administration (IFPRA), David was an Australian Commissioner, becoming its Asia-Pacific Chair and subsequently World President (1998–2001) and was a member of its Science Task Force. He received its Australian Award for “leadership in the field of parks and recreation” in 1995 and just days before his unexpected death was the recipient of its Silver Medal. In addition David had been, since 2008, the Chair of the International Society for Horticultural Science’s Commission on Education, Research, Training & Consultancy and was a member of the current organizing committee for the Society’s 2014 World Congress.

David was a prolific researcher, educator, and author. He was a speaker at many conferences in Australia and overseas, especially on his specialist topics of urban horticulture, green space sustainability, and sports grass/turf.

Fondly admired and loved by his peers, David will be sorely missed by them, and the whole parks and recreation industry will be saddened by his departure. He leaves an immeasurable legacy to the industry, which can never be repaid. Our deep sympathies go to Kaye and the family at this difficult time – our collective thoughts are with you. We mourn your and our loss. Goodbye David—colleague, wise counsel, educator, best practitioner, and dear friend of many. 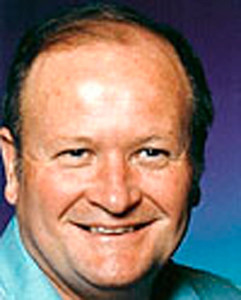