Screening Cotoneaster for Resistance to Fire Blight by Artificial Inoculation 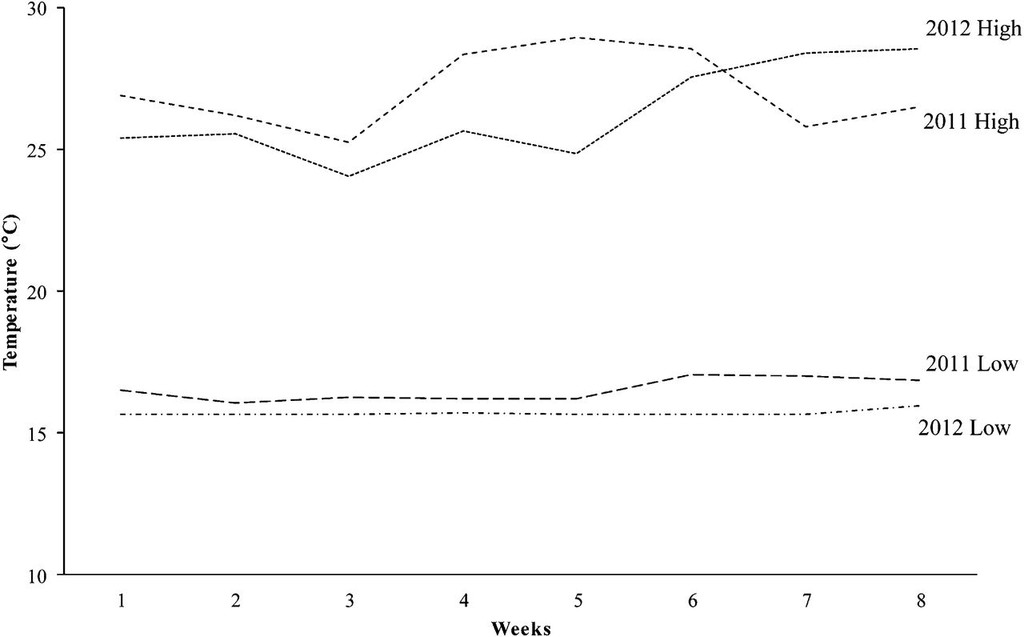 High and low temperatures recorded for the duration of both 8-week disease screening trials during 2011 and 2012 in the glasshouse where plants were grown. 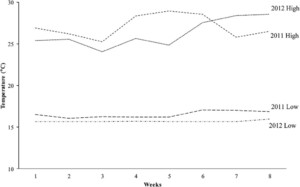