As an ASHS Member for more than 30 years, Paul W. Bosland is known fondly in New Mexico as The Chileman, where he leads the chile pepper breeding and genetics program. He grew up in northern San Diego County in southern California. At the time, there were avocado and citrus orchards, strawberry fields, staked tomato fields, and a thriving nursery industry. He became interested in plant breeding at a very early age. As a schoolboy, he went to the second-hand store and bought old watches. The reason? He had heard that the luminescent hands on the watches were radioactive, and he scraped off the material to try to induce mutants in marigolds. The experiment was a failure, but it was the initiation of his love of horticulture and plant breeding.

After completing two years at Palomar Junior College, he transferred to University of California–Davis (UC–Davis), where he earned a BS degree in 1976 in genetics, and a MS degree in vegetable crops in 1977. While at UC–Davis, he also earned a secondary teaching credential and subsequently taught horticulture at the high school and the community college level. Additionally, he worked in the Cooperative Extension Service as a Research Associate administering vegetable trials in California. After these experiences, he continued his education at the University of Wisconsin–Madison, and earned his PhD in plant breeding and plant genetics in 1986. He joined the faculty in the Department of Horticulture at New Mexico State University in 1986, where he rose through the ranks to become Regents Professor of Horticulture, Distinguished Achievement Professor, and Director of the Chile Pepper Institute. 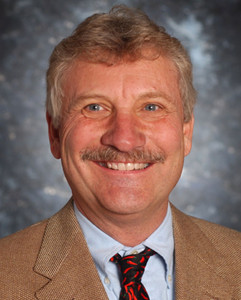