Fall field plots of USVL131 (left) and USVL048 (right) grown at Charleston, SC, and showing heads at a mature, market-sized stage. Each photograph contains a standard SharpieTM permanent marker (length is equal to 13.8 cm) as a reference object for maturing heads. The length of the marker is close to the preferred head diameter (≈12.5 to 13 cm) for crown-cut broccoli. 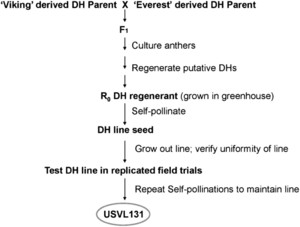 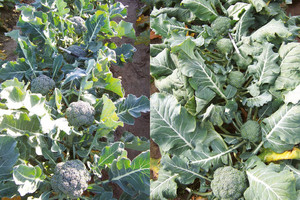