He received his AA degree from San Mateo Junior College in 1948 and his BS degree in agronomy from the University of California at Davis in 1950. Upon graduation from UC–Davis, Paul accepted a position with the W. Atlee Burpee Seed Company in Santa Paula, CA as Assistant Vegetable Plant Breeder. His experience with Burpee Seed included flower breeding and the supervision of hybrid vegetable seed production.

Paul spent 1951–1953 in the U.S. Army, with the last 18 months of service being stationed at the U.S. Army Hospital in Security Intelligence in Japan. In mid-1953 to 1958, he returned to the Burpee Seed Company and continued on with his career as a plant breeder.

In 1958 Paul accepted a position with Peto Seed Company, Inc. in Saticoy, CA as head of the Research Department and Plant Breeder, which he held until 1974. He initiated the first breeding program for disease resistance by a commercial vegetable seed company. In 1972, under his direction, the Research Department of Peto Seed was transferred to Woodland, CA for the purpose of breeding and developing new varieties of hybrid vegetable seeds. Paul went on to establish research stations in Arroyo Grande, California, Florida, Texas, New Jersey, Spain, Italy, Mexico, Jordan, and Thailand.

In 1974 Paul was appointed Vice President and Director of Research for Peto Seed. During his career as a Plant Breeder with Peto Seed, he is credited with the development of 73 new hybrid vegetable introductions, which included seven All-America Winners. These included the following varieties:

He served for many years as a judge of the varieties in the All-America Selection Trials.

In 1991 Paul became Senior Vice President of Product Marketing for Peto Seed Company and held this position until he retired in 1993.

In 1955 Paul joined the American Society for Horticultural Science and continued as a member until his death in 2013, for a total of 58 years. In 1992 Paul was elected Fellow of ASHS.

In 2012 the All-America Selection Committee awarded Paul the Breeders Cup Award for recognition of a breeder who has dramatically influenced horticulture by his or her work in bringing significant improvements to specific flower or vegetable classes. Paul served on several boards, including the Board of Directors of the All-America Selection Committee and the California Pepper Commission as Commissioner representing the California Seed Trade.

One of Paul’s lasting legacies as a very successful breeder was hiring and supervising many new young breeders during his long career as Research Director at Peto Seed. Many of these breeders have gone on to great accomplishments in their own careers as well. 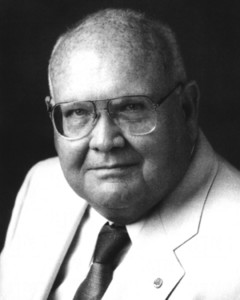