The double-flowered Catharanthus ‘Taoyuan No. 1 Rose Girl’ in the greenhouse of Taoyuan District Agricultural Research and Extension Station (20 to 30 °C, 12- to 13.5-h natural daylengths).

Double-flowered Catharanthus ‘Taoyuan No. 1 Rose Girl’ grown in a 15-cm pot 90 d after one soft pinching. 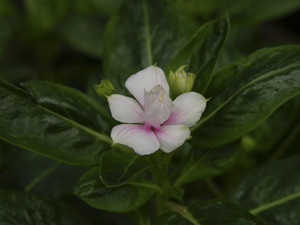 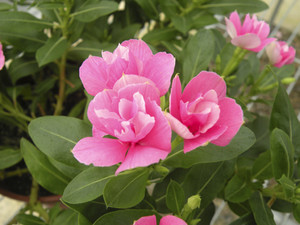 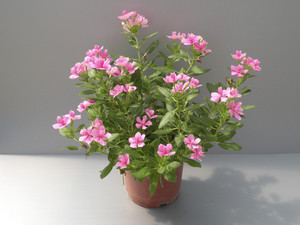