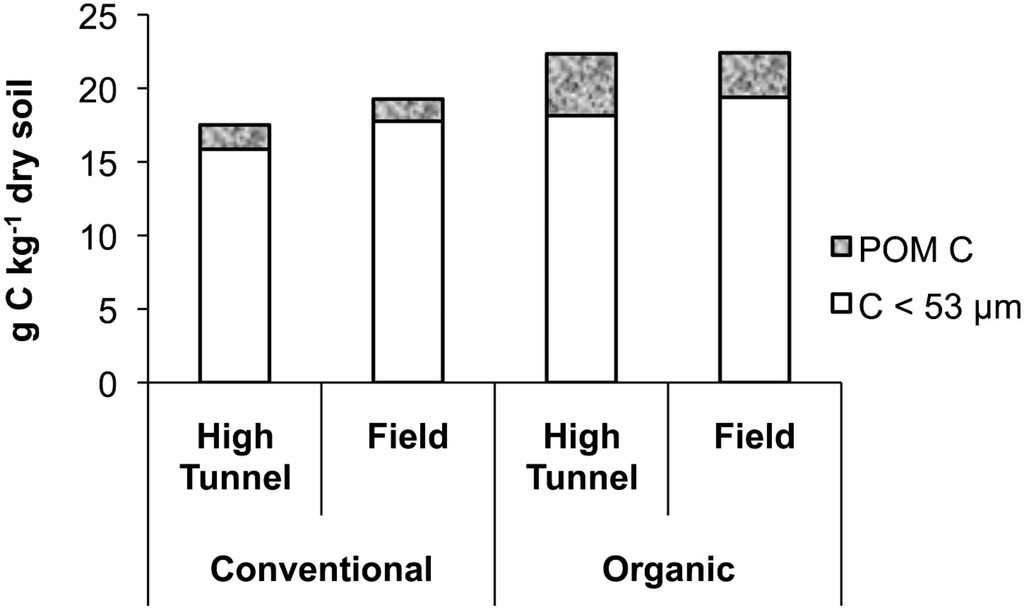 Carbon in the upper 15 cm of soil in high tunnels and adjacent fields, under conventional and organic management, at Olathe, KS, in 2010. Total carbon (C) is indicated by total column height and particulate organic matter (POM) C by the shaded cap at the top of the column. 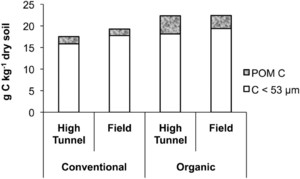