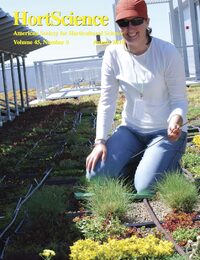 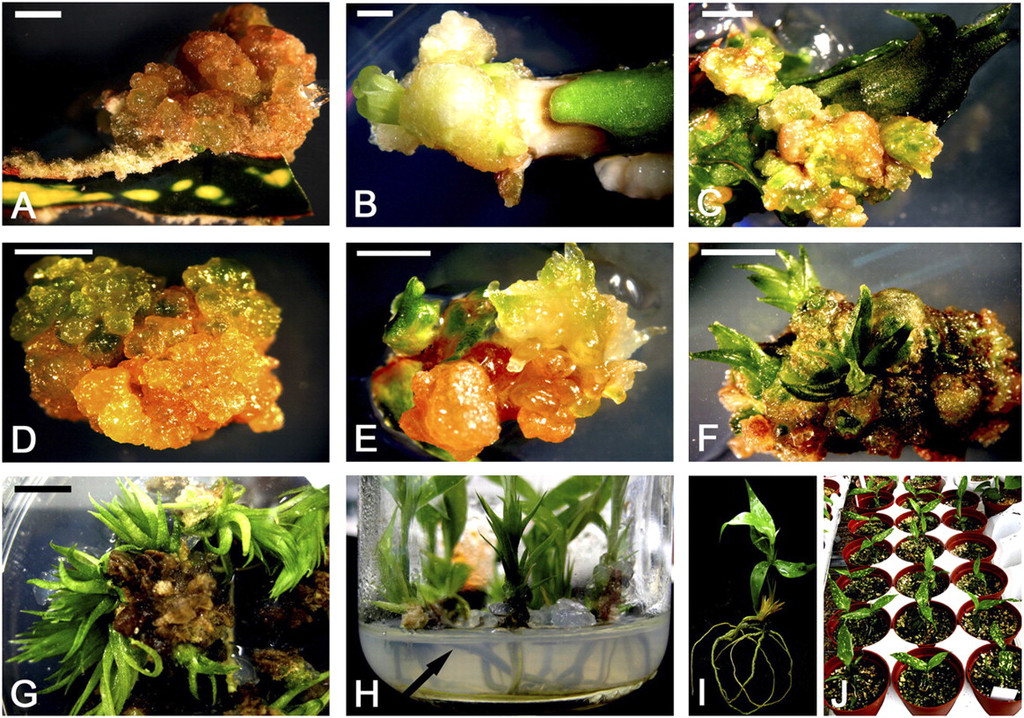 Regeneration of Dracaena surculosa ‘Florida Beauty’ through indirect shoot organogenesis. (A) Callus formation from a leaf explant. (B) Callus occurrence at the cut end of a stem explant. (C) Callus appearance from the surface of a bud explant base, but the bud itself had shrunk. (D) Callus rapid proliferation. (E) Differentiation of callus produced bud primordia. (F) Adventitious shoots were formed from a callus mass. (G) Multiple adventitious shoots were produced from callus. (H) Adventitious shoots rooted in rooting medium in a baby food jar. (I) Plantlets with well-developed multiple roots. (J) Regenerated plants grown in a soilless substrate with spotted yellowish variegation in a shaded greenhouse. All bars = 1 mm except for the one in G that is 1 cm. 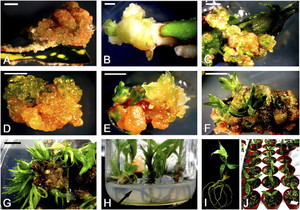