PA-559 has a compact plant habit (height = 47 cm; width = 80 cm) and produces lantern-shaped, red-colored fruit (Fig. 2). The period from transplanting to first harvest of mature fruit ranges from 78 to 97 d at Charleston, SC. There are usually two pedicels per axil and the pedicel position at anthesis is intermediate. Flower color is white and the stamens have white filaments and purple anthers. At full anthesis, the length of the style is slightly longer than the stamen. The leaves are large and have a lanceolate shape. The stems and leaves are glabrous. There is no visible presence of anthocyanin on the pedicels, a very slight presence of visible anthocyanin on the stems and branches, and an intermediate presence of visible anthocyanin on the petioles. The fruits are attached to the pedicel in a pendant manner (typically two fruit per cluster); the calyx margin shape is dentate; the annular constriction at the junction of the calyx and pedicel is absent; and the pedicels are short, curved, and slender.

Observations of field plantings conducted at Charleston, SC, in 2006 through 2008 indicate that the fruit characteristics of PA-559 are comparable to those of currently available Habanero-type cultivars (Fig. 3). A typical fruit weighs 7.8 to 8.3 g and is campanulate or lantern-shaped (2.3 to 2.7 cm wide × 4.2 to 4.6 cm long). The shape of the pedicel attachment end of the fruit is truncate, the neck at the base of the fruit is absent, and the shape at the blossom end of the fruit is blunt. The fruit cross-section is slightly corrugated. The fruit wall is thin (2.0 to 2.1 mm). The color of immature fruit is green; the color of harvest-stage fruits is a bright red (Munsell color rating: 6.4 R 3.7/9.4). The fruits are extremely pungent (256,433 Scoville heat units), and a typical fruit has three locules (average number of locules: 3.1 to 3.2).

The N root-knot nematode resistance gene was first described in 1957 (Hare, 1957). It needs to be noted that the N gene-mediated root-knot nematode resistance trait exhibited by both ‘Carolina Hot’ and ‘Mississippi Nemaheart’ has remained effective for decades; ‘Carolina Hot’ was released in the late 1950s (Martin and Crawford, 1958) and ‘Mississippi Nemaheart’ was released in the mid-1960s (Hare, 1966).

PA-559 exhibited a high level of resistance to the southern root-knot nematode in all greenhouse tests; the numbers of galls and egg masses on the roots have always been minimal. The results of a six-replicate test conducted in greenhouse soil benches infested with M. incognita race 3 showed that PA-559 roots yielded 97.6% fewer M. incognita eggs per gram fresh root than did roots of the susceptible recurrent parent PA-350 (Table 1). The resistance exhibited by PA-559 is equal to that exhibited by the donor of the resistant gene, PA-426. 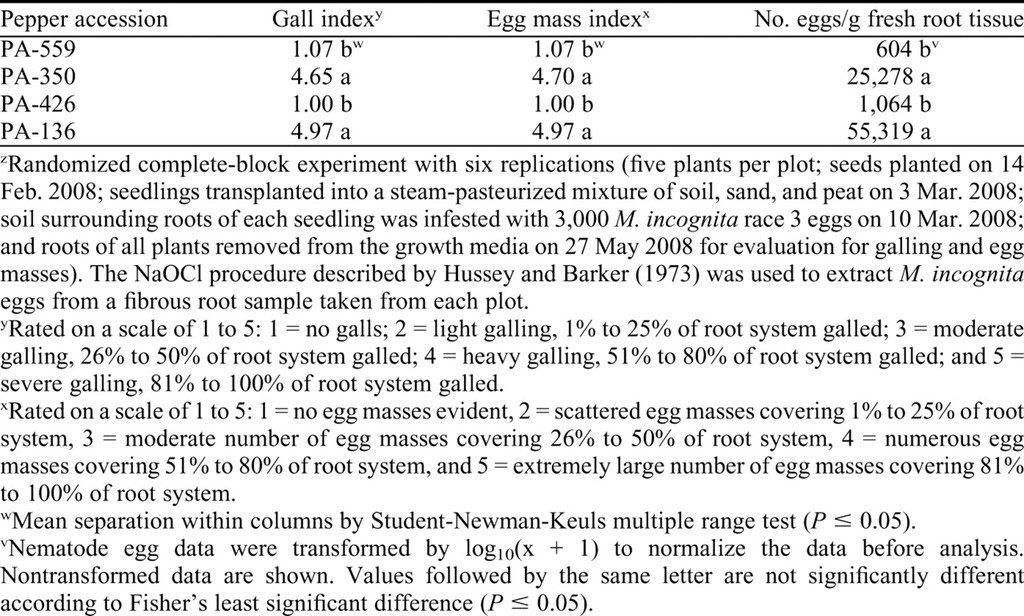 Small trial samples of PA-559 breeder's seed are available from the senior author for distribution to all interested research personnel. Genetic material of this release will be deposited in the National Plant Germplasm System where it will be available for research purposes, including the development and commercialization of new cultivars. It is requested that appropriate recognition of the source be given when this germplasm contributes to research or development of a new breeding line or cultivar. 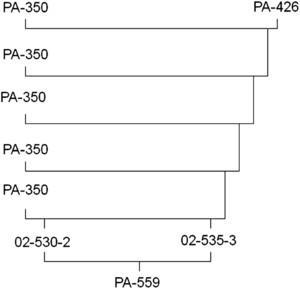 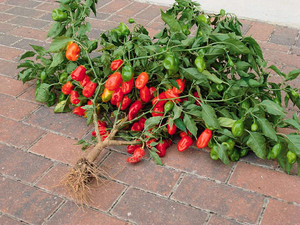 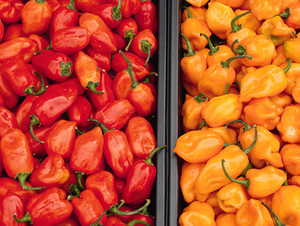