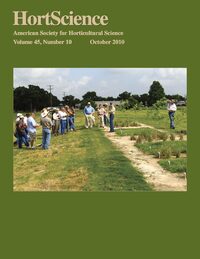 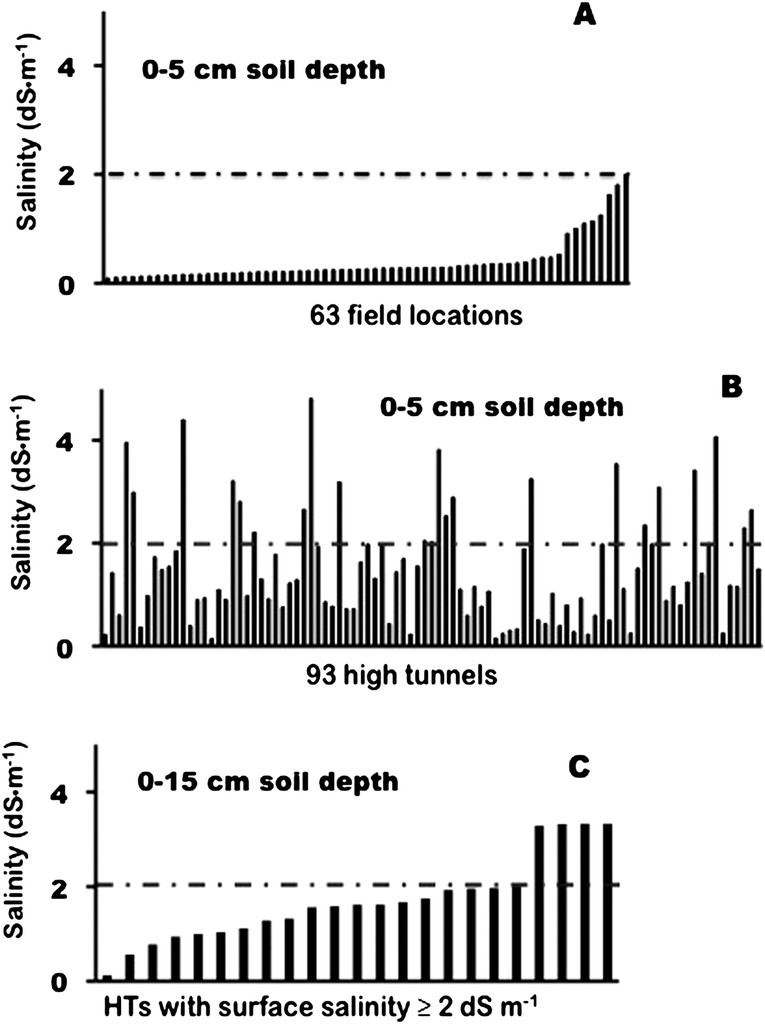 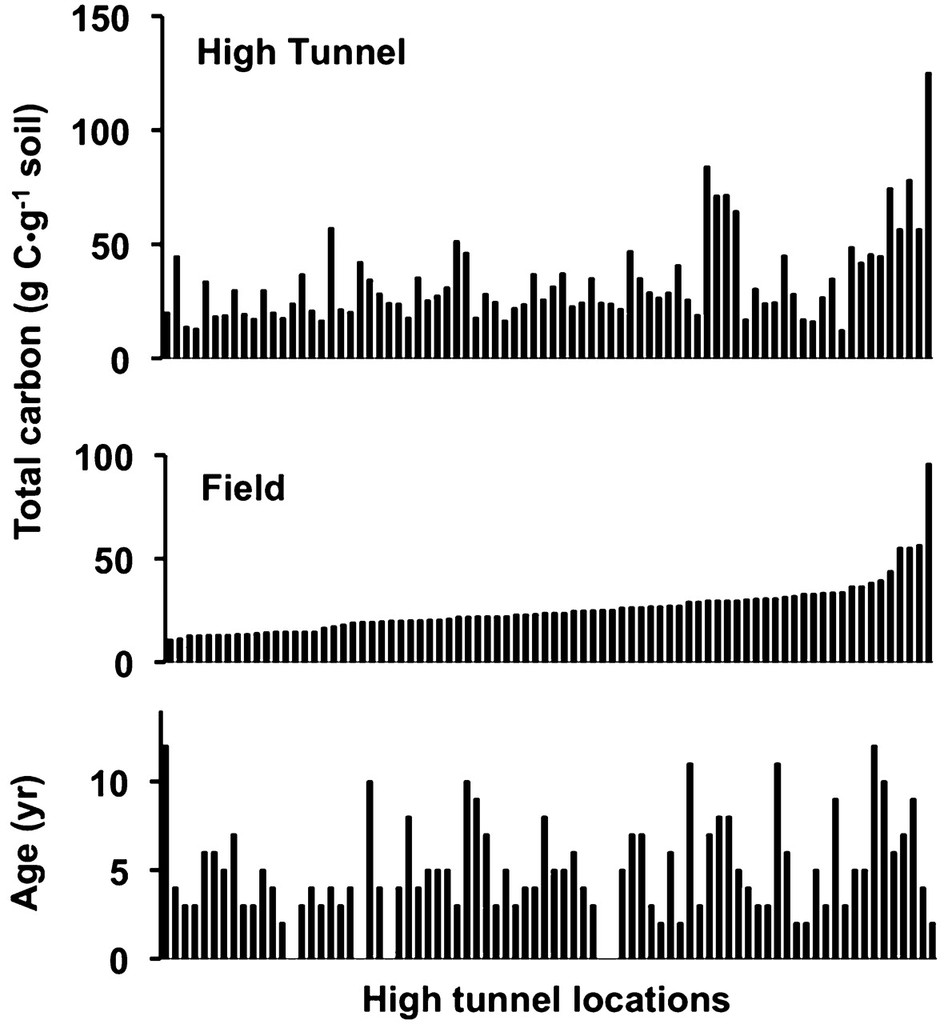 Total soil carbon under high tunnels and in adjacent fields and, when known, age of the high tunnel in 2006 over matching x-axes indicating 80 locations. 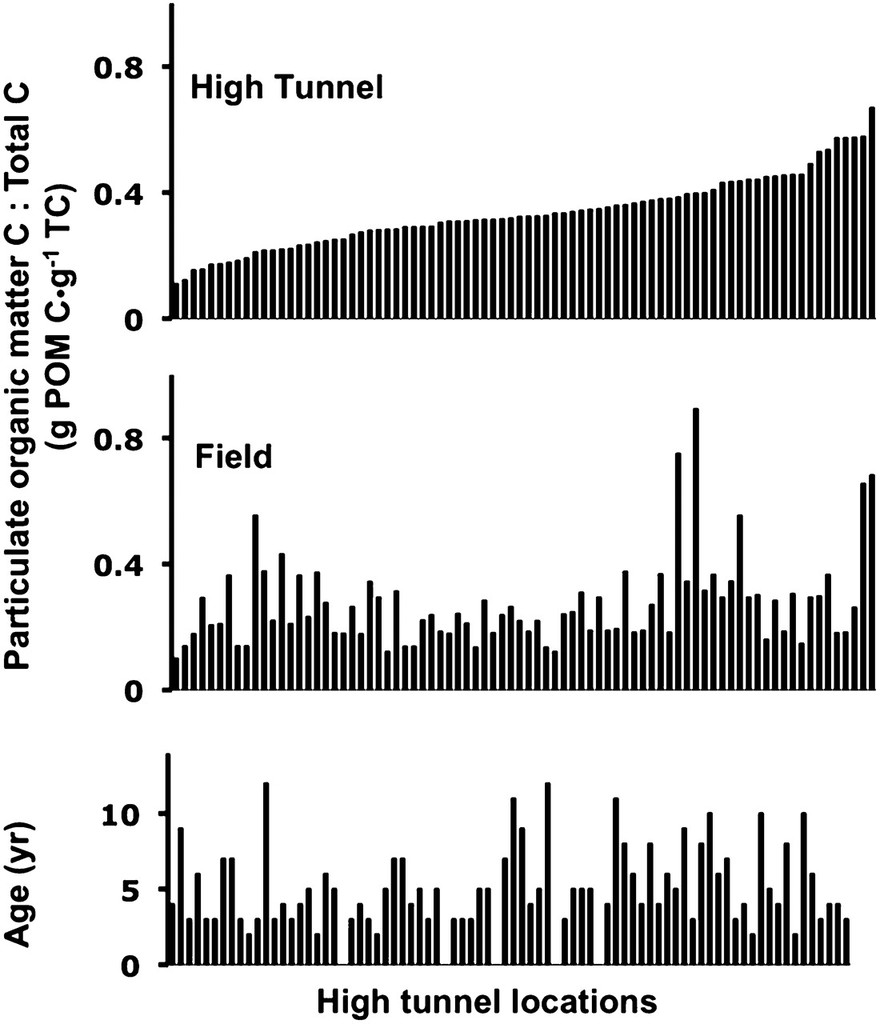 Particulate organic matter carbon as a fraction of total soil carbon in high tunnel and field and, when known the age of the high tunnel in 2006 with matching x-axes indicating 80 locations on 53 farms. 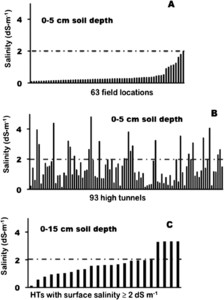 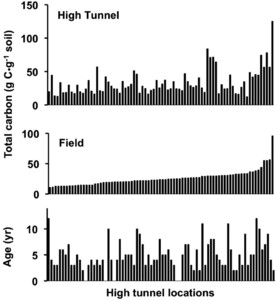 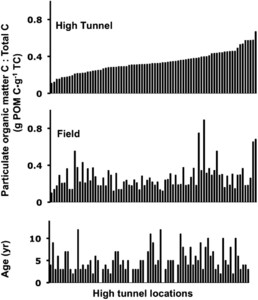