Southern highbush blueberries (Vaccinium sp.) continue to increase in importance in Georgia and across the southern United States. Growers are particularly interested in their early ripening to enter the market just after fruit from the southern hemisphere decreases in market volume. ‘Suziblue’ is a new southern highbush blueberry (Vaccinium hybrid) released by The University of Georgia College of Agricultural and Environmental Sciences along with The University of Georgia Agricultural Experiment Station. ‘Suziblue’ is an early-season blueberry, having favorable fruit attributes, especially berry size and firmness. The new cultivar also has excellent plant vigor.

‘Suziblue’ was selected in 2002 at the Georgia Experiment Station in Griffin, GA, from a group of seedlings of the cross ‘Star’ × TH-474 planted in a nursery in Griffin in 1999. It was further tested as selection TH-730. The pedigree of ‘Suziblue’ is complex (Fig. 1) involving multiple Vaccinium species, including V. corymbosum, V. darrowi, and V. ashei. ‘Suziblue’ has an estimated chill requirement of 400 to 450 h (less than 7 °C). It is an early-season southern highbush with large fruit (2.2 to 2.8 g/berry). Berries are medium to light blue in color (Fig. 2) and have a small, dry picking scar. Berry flavor and firmness are good to very good. ‘Suziblue’ flowers in early March and berries ripen in late April to early May in south Georgia. Plants are vigorous, precocious, and have a semispreading bush habit with a medium-width crown (plant base at soil surface). Leafing has been good, even after mild winters, and plants produce an abundance of fruiting wood. Propagation is easily accomplished using softwood cuttings. Plants are self-fertile, but planting with other southern highbush blueberry cultivars for cross-pollination is recommended.

‘Suziblue’ was established in a high-density pine bark bed production system at The University of Georgia Blueberry Farm near Alapaha, GA, in 2003. Table 1 presents various attributes along with flowering and ripening dates for ‘Suziblue’ and the southern highbush standards ‘Star’ (Lyrene and Sherman, 2000) and ‘Rebel’ (NeSmith, 2008) from the test site from 2005 to 2008. ‘Suziblue’ performed equal to ‘Star’ in many regards but had better berry firmness and overall better cropping than the older standard. When compared with ‘Rebel’ in this test, ‘Suziblue’ typically had larger berry size and better overall flavor ratings. Hand-harvested yields from the test plots were obtained in 2005, 2006, and 2008 (Table 2). A severe freeze in 2007 prevented evaluation on plants for that year. Data are from three single plant replicates for each selection. Plants were established in 2003 and were pruned annually using grower-simulated practices after the third year. Yields from 2005 were low for all selections because plants were still young. However, ‘Suziblue’ yielded more than ‘Rebel’ and ‘Star’ during the first harvest year. During 2006, yields for all selections were higher, and again, ‘Suziblue’ had more total berry yield than ‘Star’ and ‘Rebel’. In 2008, ‘Star’ tended to yield more than ‘Suziblue’, but yield of the new variety was still very good and tended to be more than that of ‘Rebel’.

Average ratings of fruit and plant characteristics of ‘Suziblue’ and the southern highbush cultivars Star and Rebel from 2005 to 2008 in a high-density pine bark bed at Alapaha, GA.z

Yields of ‘Suziblue’ and the southern highbush cultivars Star and Rebel from 2005 to 2008 in a high-density pine bark bed at Alapaha, GA.z 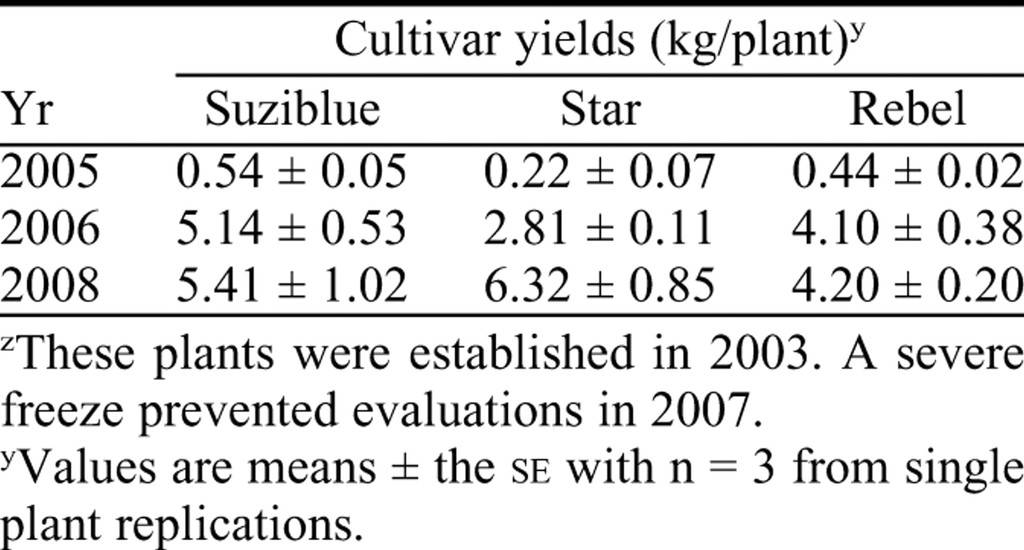 In addition to the Alapaha high-density pine bark bed test site, plants of ‘Suziblue’ and ‘Star’ were established under field conditions with pine bark soil amendment at The University of Georgia Blueberry Farm near Griffin, GA, in 2003. Average fruit and plant evaluations for this test site from 2005, 2006, and 2008 are presented in Table 3. At this location, ‘Suziblue’ and ‘Star’ generally flowered and ripened at the same time on average and had many similar attributes. However, ‘Suziblue’ berry size, berry firmness, and overall cropping were greater than ‘Star’. More quantitative data (Table 4) for firmness and berry size were taken for these two varieties in 2006, 2008, and 2009 (crop was lost to freeze in 2007). In each of the years, ‘Suziblue’ had larger average berry size than ‘Star’, and in 2006 and 2009, berry firmness [as measured with a FirmTech 2 instrument (BioWorks, Inc., Wamego, KS)] of ‘Suziblue’ was greater.

Average ratings of fruit and plant characteristics of ‘Suziblue’ and ‘Star’ during 2005 to 2008 for field-grown plants at Griffin, GA.z 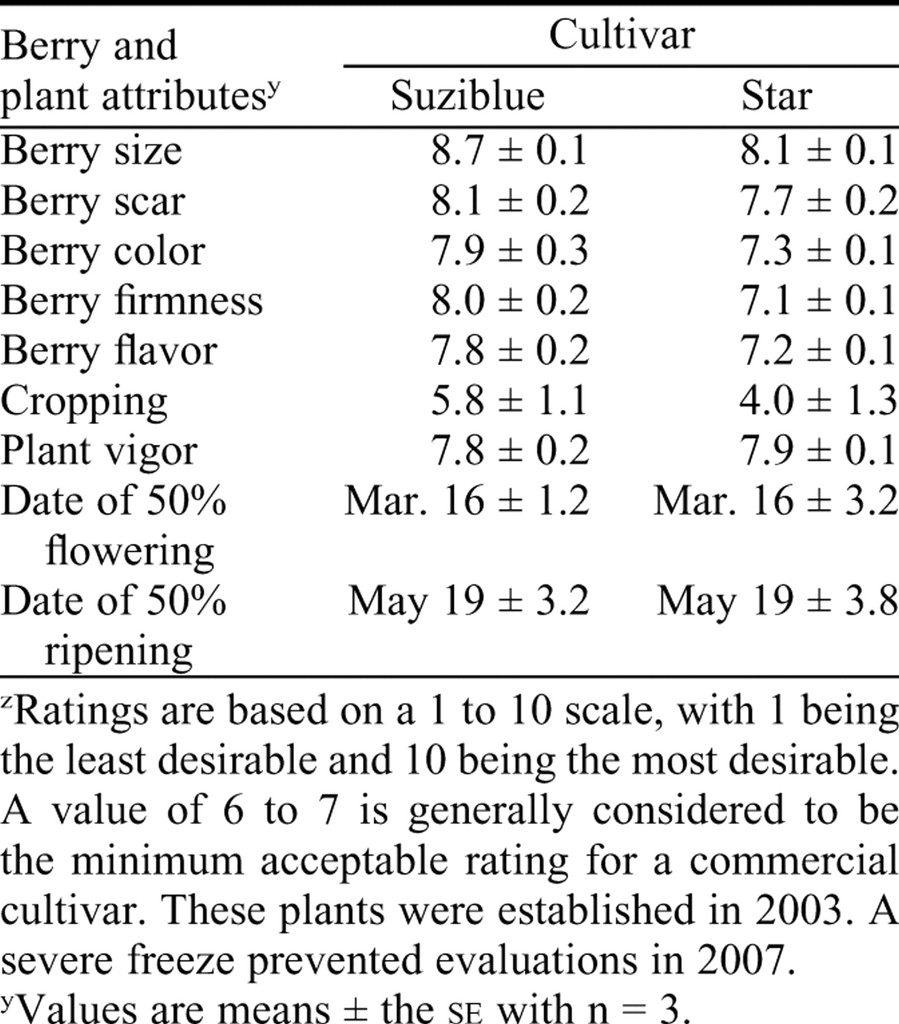 Average berry weight and berry firmness readings (from a FirmTech 2 firmness tester) of ‘Suziblue’ and ‘Star’ grown in Griffin, GA.z

These multiyear tests from two diverse locations under varying growing conditions suggest ‘Suziblue’ should be a suitable new cultivar for early-season production where low-to-medium chill southern highbush blueberries are grown. Early flowering of ‘Suziblue’ may require frost protection measures in some regions. However, the early-ripening fruit has potential for higher early-season prices to help offset costs associated with frost protection. ‘Suziblue’ is recommended for trial as a hand-harvested blueberry cultivar for the early-season fresh market. 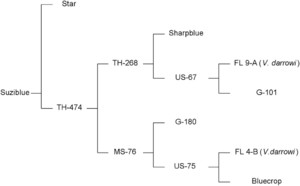 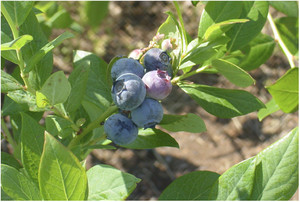