Survival curves of fruits for the six cultivars. The survival time of a fruit is the time from flowering to abscission. Lines represent the population averages of survival times. Survival curves of ‘Gepetto’, ‘Nazar’, and ‘Funky’ start below one, because a number of the buds aborted before flowering. Survival is based on data from the start of the experiment, Day 89, up to Day 206. 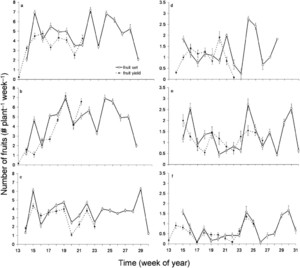 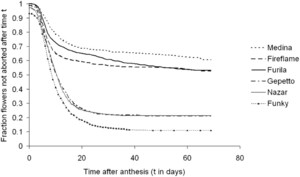 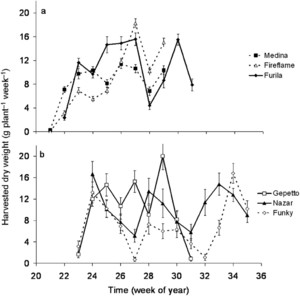 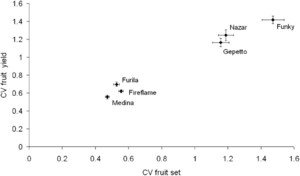 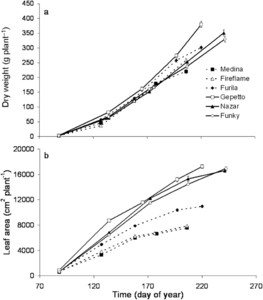