Mean net photosynthesis of fraser fir and blue spruce Christmas trees under various production systems at Michigan State University Southwest Michigan Research and Extension Center, 2006 to 2007. Error bars indicate se of the mean; n = 8 in 2006, n = 12 in 2007. Means within a species denoted with the same letter are not different at P ≤ 0.05 based on Tukey's Studentized range test. TRT: ns indicates no significant effect of treatment for a given species and date. 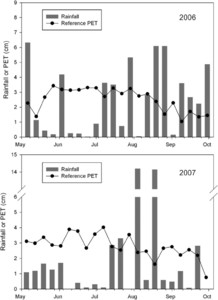 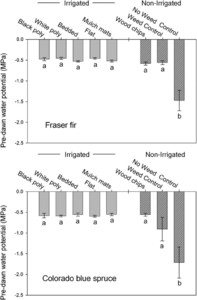 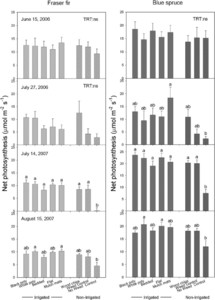 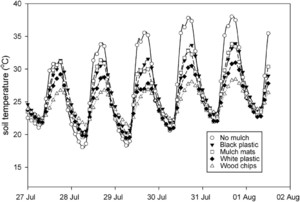