White mold is a serious disease of common bean worldwide reducing both yield and quality (Kerr et al., 1978). Host plant resistance can be conferred through both plant architecture and physiological resistance (Kolkman and Kelly, 2003). White mold resistance can be selected through a technique known as the “straw test,” which shows a very high correlation with field resistance (Petzoldt and Dickson, 1996). This test was used to develop the six breeding lines by modification of the straw test to inoculate two plant petioles (Griffiths et al., 2004).

Greenhouse inoculations for the development of the breeding lines were performed at NY with 2- to 3–d-old actively growing mycelia of white mold isolate #48 collected from a snap bean field in Murray, Orleans County, NY (Helene Dillard, NYSAES, Cornell Univ., Geneva, NY) grown on 2% potato dextrose agar (Difco, Sparks, MD). Plants were grown in 15-cm diameter square pots in Cornell mix (Boodley and Sheldrake, 1982) in greenhouses at 25/22 °C day/night with a 14-h photoperiod under 1000-W metal halide lamps (300 μmol·m−2·s−1) in preparation for the inoculation. Plants were inoculated using a modified technique that involved double inoculation of each plant with two 3-cm straws placed on petioles cut 5 cm from the nodes 24 to 28 d after planting. Plants were evaluated for disease severity 14 d after inoculation, and selections of resistant plants were made based on aggressiveness and severity of the white mold growth. Ratings were made based on a 1 to 5 scale, in which 1 = no progression of symptoms beyond the first node, 2 = some progression of symptoms beyond the first node, 3 = progression of symptoms to the second node, 4 = progression of symptoms beyond the second node, and 5 = complete susceptibility and death of the plant. 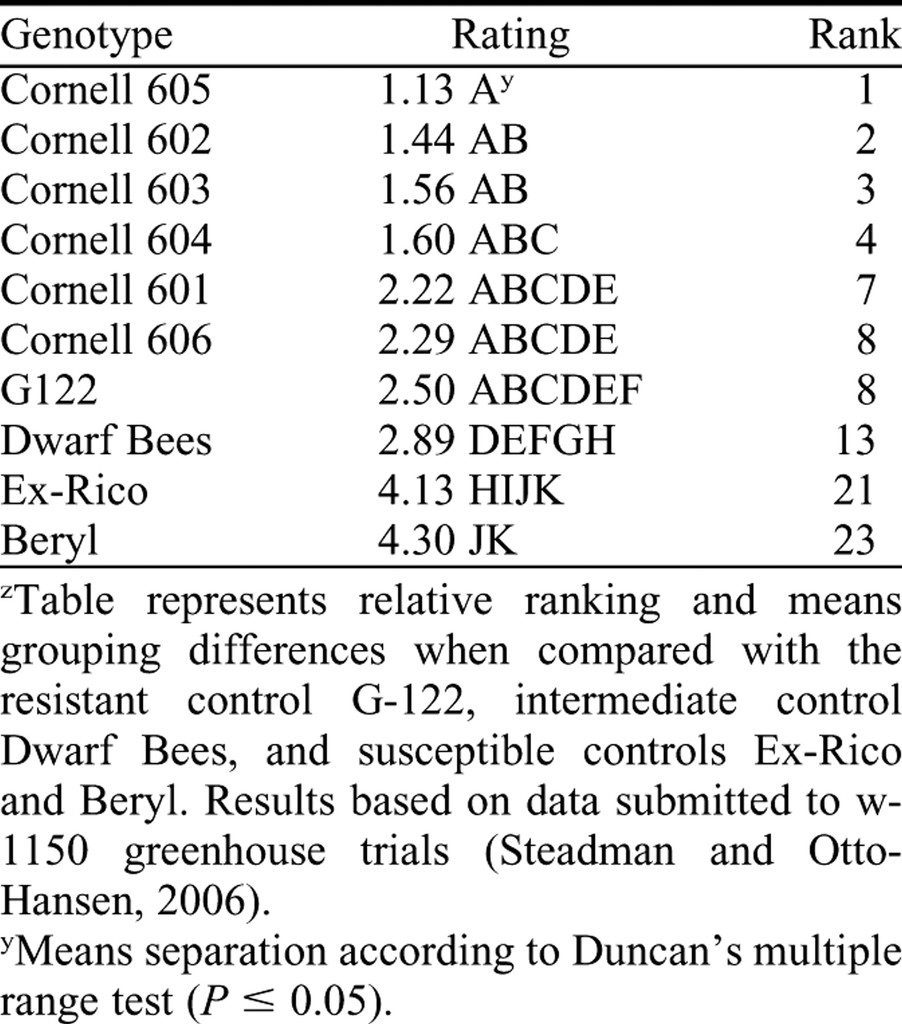 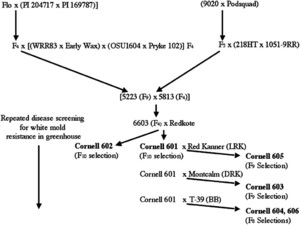 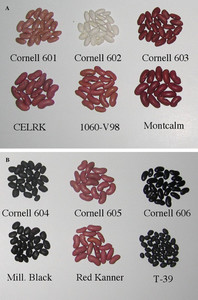