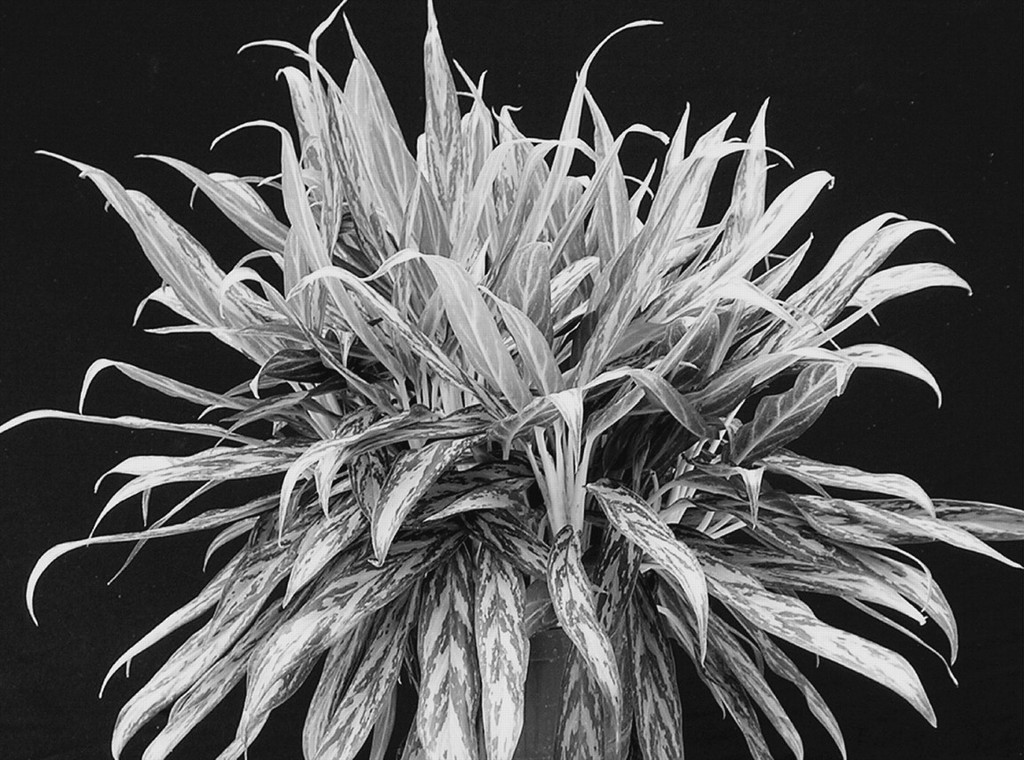 A single 12-month-old specimen of Aglaonema ‘Mondo Bay’ in a 1.6-L pot showing a dense basal-branching habit. This plant was photographed after being greenhouse-grown for 9 months and maintained indoors for an additional 3 months. 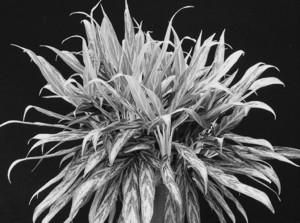