Significance of Flower Bud Density for Cultivar Evaluation in Almond 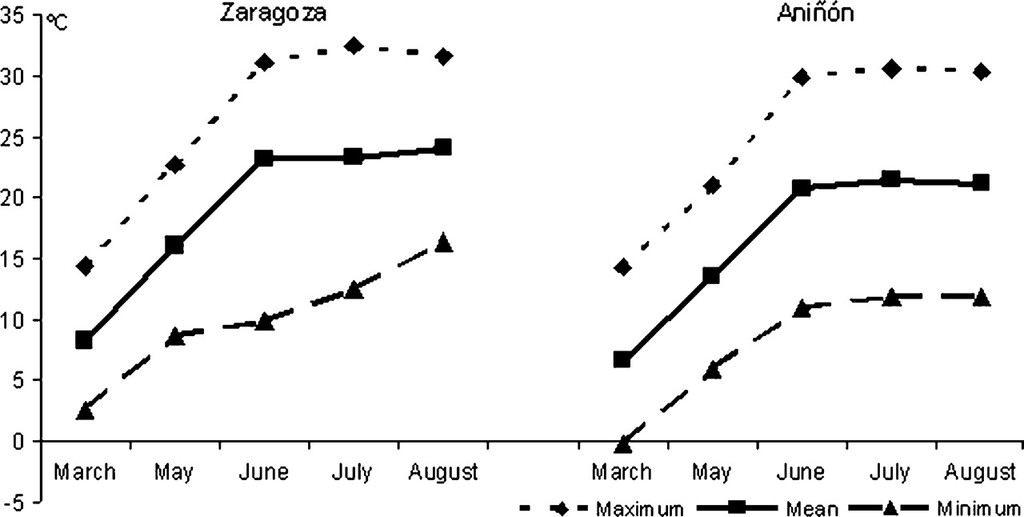 Mean temperatures during the vegetative period at the two locations where flower bud density was evaluated. 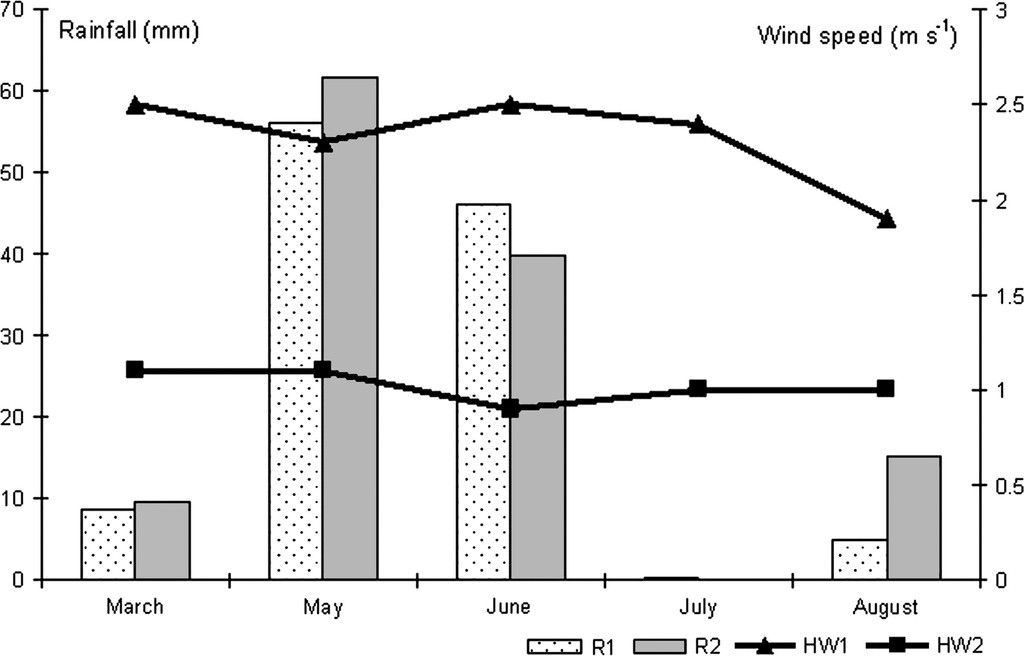 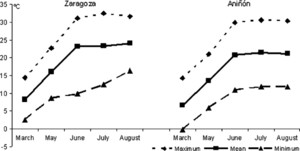 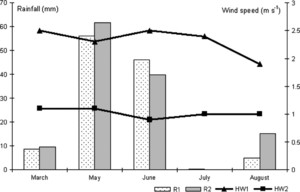