Evaluation of Oxalate Concentration in the U.S. Spinach Germplasm Collection 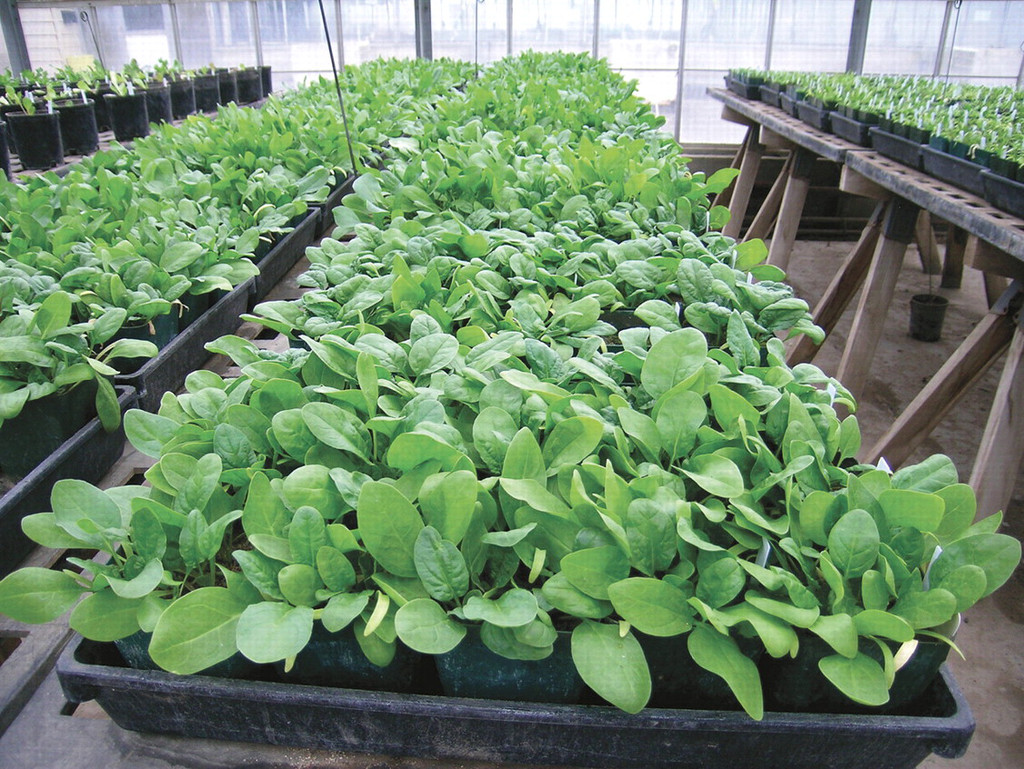 Plants of different spinach accessions in the 2006 screening experiment just before harvest (5 weeks after planting). 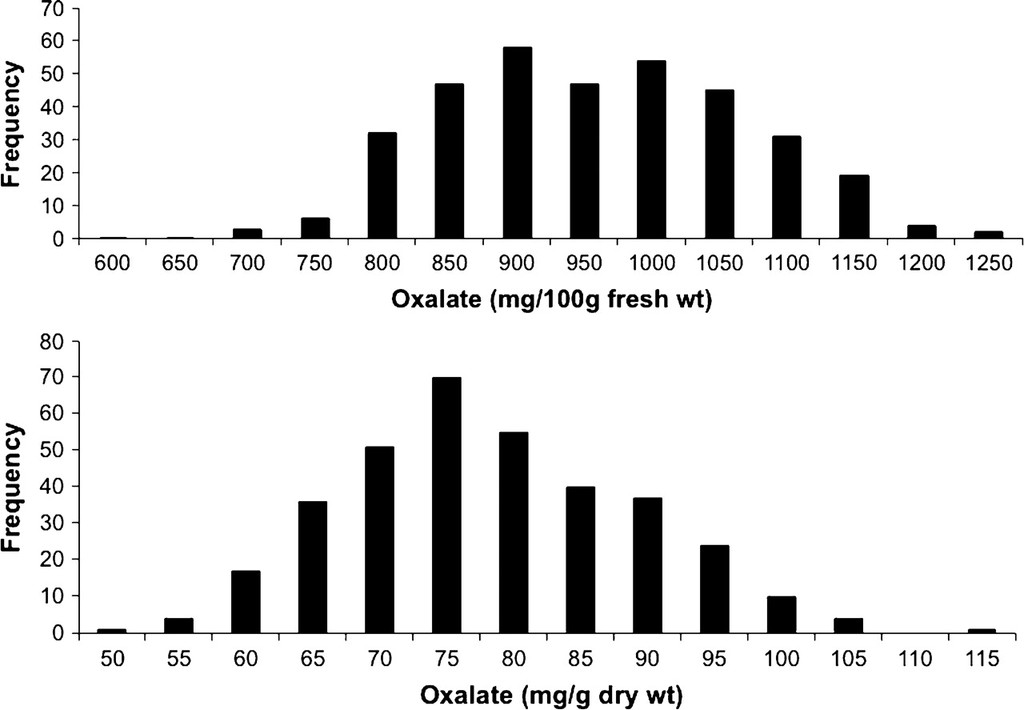 Frequency distribution of oxalate concentration of 349 spinach accessions screened in 2006 expressed on a fresh and dry weight basis, respectively. 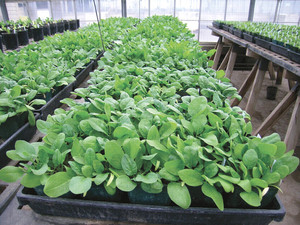 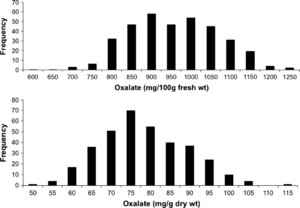