The relationship between pecan tree cross-sectional trunk area (T) measured 1.4 m above the ground with the canopy footprint (F).

The distance between pecan tree canopies for various tree sizes when maintained at the recommended density of 6.9 m2·ha−1 of cross-sectional trunk area (Hinrichs, 1961). 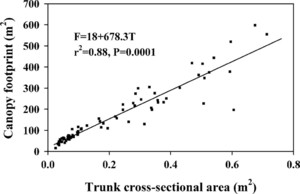 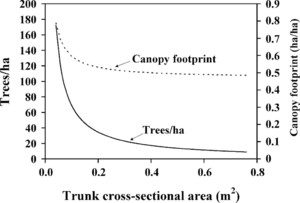 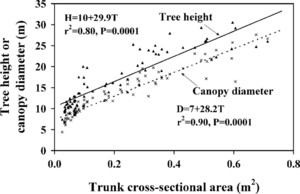 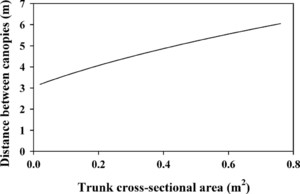 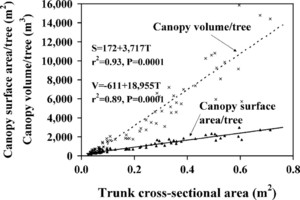 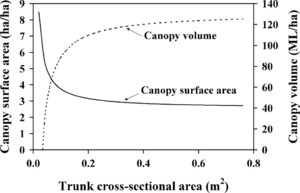