Effectiveness of Marketing Promotion Programs: The Case of Texas Citrus

Total assessments under Marketing Order 906, TexaSweet expenditures, and the per carton assessment, fiscal years 1989 to 2005.

TexaSweet expenditures by category and share allocated to promotion, fiscal years 2000 to 2005. 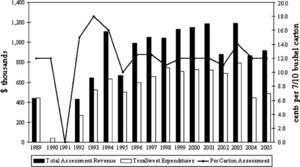 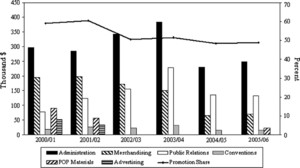