‘Orange Bulldog’, A Virus-resistant Pumpkin for Fall Production in the Southeast

Examples of ‘Bulldog’ fruit, which show the variability in the fruit as well as the distinctive ground spot that is visible on some. 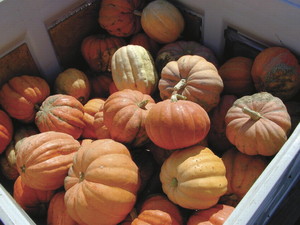