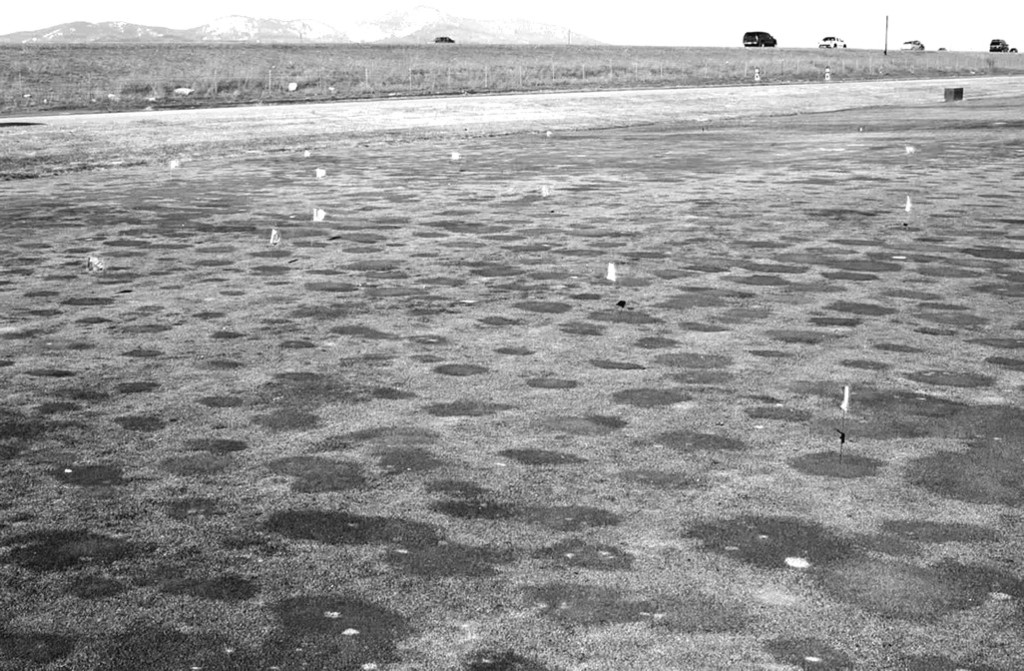 Annual bluegrass test putting green used to determine the competitive ability of bentgrass clones during the breeding of ‘Alpha’ and ‘T-1’. Photograph was taken after 3 years when some clones measured 60 cm across. 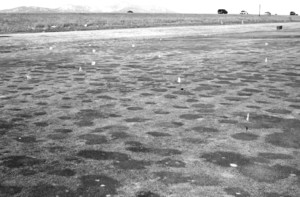