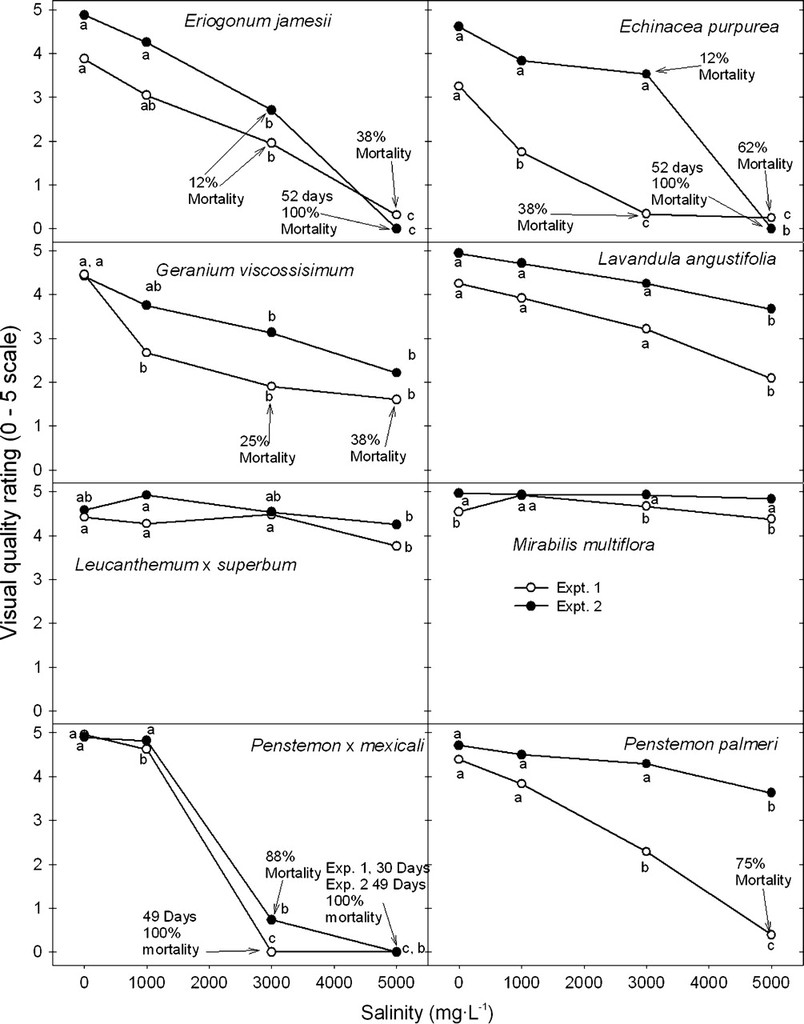 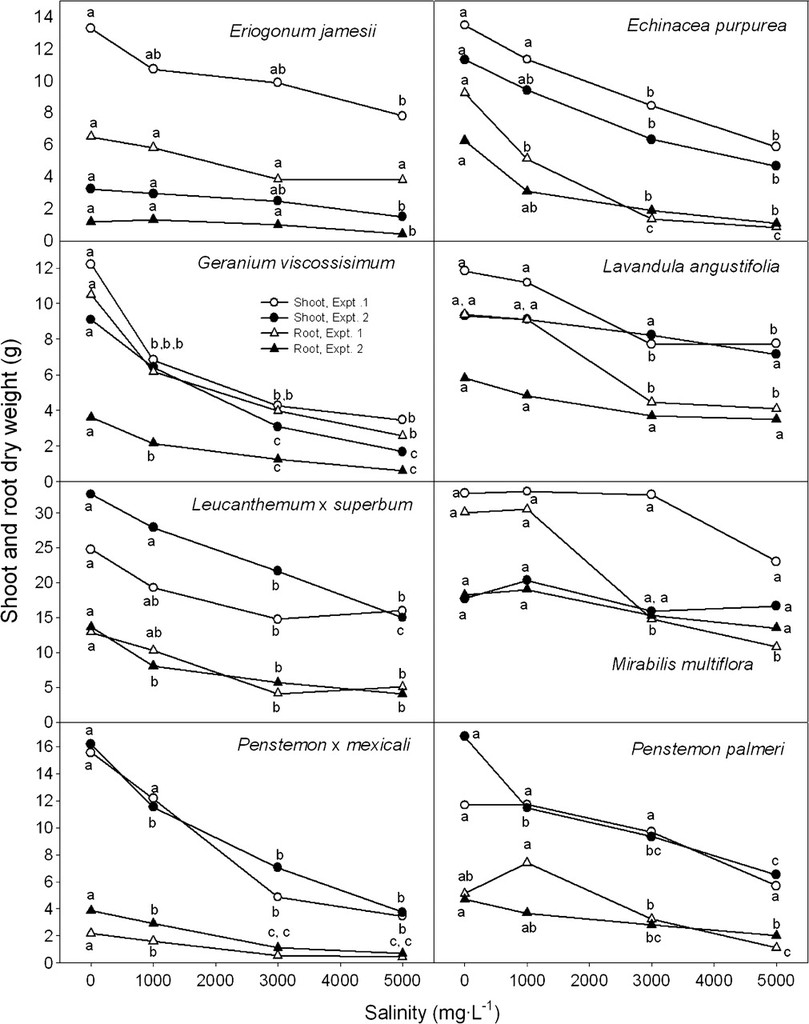 Shoot and root dry weight at harvest for each species across salinity treatments. Tukey's hsd test was used to separate means within an experiment (P ≤ 0.05). 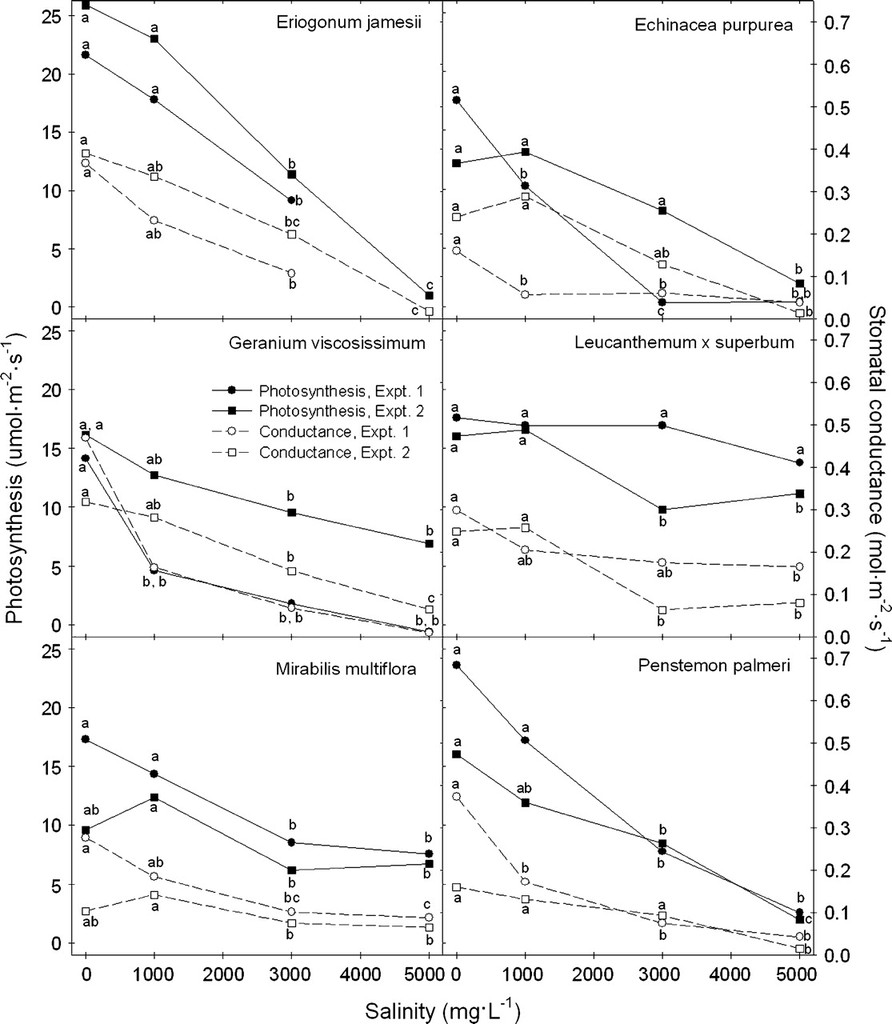 Photosynthesis (Pn) and stomatal conductance (gs) for six of the species across salinity treatments for both experiments. Values in the figure are from measurements taken near the end of each experiment when steady-state conditions were reached for each species. Tukey's hsd test was used to separate means within an experiment (P ≤ 0.05). 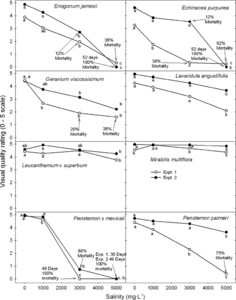 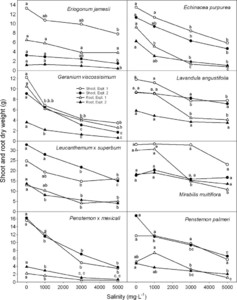 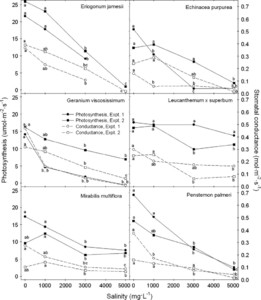