A mature plant of Dieffenbachia ‘Tropic Honey’ in a 3.9-L pot. 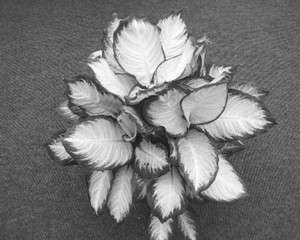