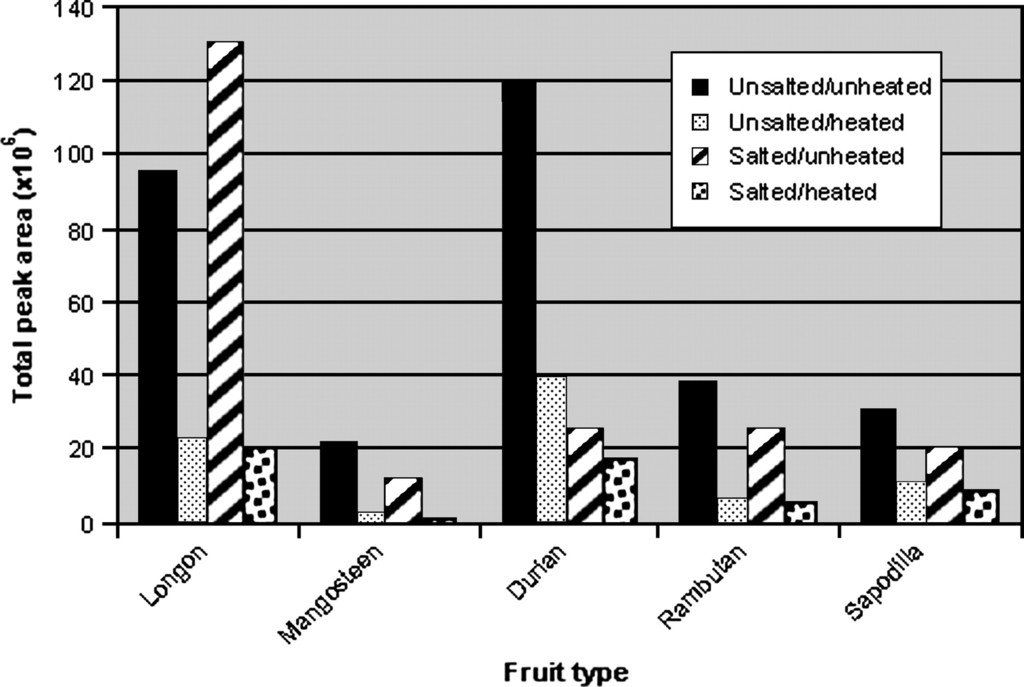 Total relative area of the volatile compounds obtained from unsalted, unheated, and heated and salted unheated and heated samples of longon, mangosteen, durian, rambutan, and sapodilla from Thailand. 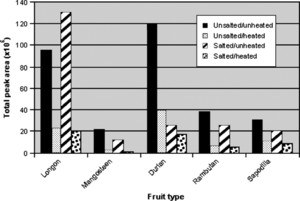